From the moment you begin the Dark Pictures: Man of Medan you’ll be in the one place where the entire game is spent: at sea. By this, we don’t mean you’ll be sailing on a boat as you’d expect on Sea of Thieves, but instead pursuing the latter part of the game on a massive ghost ship. Man of Medan from Supermassive Games is part of The Dark Pictures Anthology, meaning it’s the first of several games that release to make up the franchise. Anyway, enough backstory lets get on with our Man of Medan review!

Man of Medan review: from the specialists in choice-based horror

For those new to the games from SuperMassive, the developers primarily specialise in decision-based horror titles. By this, we mean, the games unfold and tell different scenarios depending on the choices you make from the options available. Until Dawn and The Inpatient are a couple of examples of the games that fall under the Supermassive umbrella. You might have played some of the games in the Telltale series such as The Walking Dead, Guardians of the Galaxy, or Batman: The Enemy Within. If you’ve tried any of these, then you’re pretty close to knowing how Man of Medan plays.

With Man of Medan, you have the choice of playing alone, with a friend offline by passing the controller over, or online co-op with a friend. It has to be said; if you’re going to play Man of Medan, a shared story is the way to go. I did think that playing alongside a friend would mean waiting on them to trigger cutscenes, but it worked considerably well. There’s also the bonus of discussing the plan of attack, to save those who you enjoy seeing and killing off the people that get on your nerves!

As you play through the story, the game jumps from character to character, with a total of five playable roles available. Each character is also experiencing the scare of their life, but you’ll see the event from each of their perspectives as you play. Make the wrong decision, miss pressing the corresponding on-screen prompt, and their fate could take a horrific turn. There are 69 total fates available, which also applies to the non NPCs in the game. If you’re a perfectionist, then there’s also the possibility of the entire crew making a happier ending, although it’s more likely the majority will die.

The options (or choices) we’ve mentioned above come at pivotal parts of the game, where you’ll usually get a selection of three options to choose. Having played through the game its safe to say the developers have focused more on the story and graphics than implementing any puzzle-type mechanic.

The Man of Medan plot

This is probably the critical part of our Man of Medan review; the plot comes across as very weak. As a player, the game doesn’t offer much reason to care about the fate that each character meets. There are plenty of moments that make you jump (especially when you have the sound pumped on your Arctis 7s), but the fear factor isn’t very creative. You’ll play through the 1940s prologue, and after completing that you spend the rest of the game in the present day to complete the game in around four hours. The story continues where a group of friends sail to sea to unearth the wreckage of a World War II plane, which leads to the group ending up on the abandoned ship filled with a ghostly presence. While on the Medan, the group are captive by pirates, seeking to find untold treasures supposedly onboard.

The issue we wanted to highlight in our Man of Medan review is the inconsistencies in the plot. Some you can let go such as untouched blood-soaked meat that’s supposedly been onboard since the 40s, all while rats roam the ship. It’s difficult to ignore how un-terrified the group are considering the situation they’re in at times. The dialogue often makes you feel like you’re watching a teen-slasher movie like Scream. Due to the way the scenario has portrayed while in the Medan, it doesn’t leap out as a game you’d want to revisit time and time to uncover more stories.

Man of Medan review: there’s such a thing as too many jumps

Another weak point in our Man of Medan review is how much the game relies on jump tactics, and it makes the whole experience feel a little cheap. Randomly morphed faces, rats running and bodies falling from lockers are scary, but the game seems reliant on this way too much.

I have to admit; the graphics look fantastic, a little waxwork like at times but generally everything is very realistic. This Man of Medan review based on playing the game on PS4 in 1080p, and even with not playing in 4K the detail is incredible. The ship looks well rusted, the corpses are rotten, and a blow to the head (no spoilers here) seems just how you’d imagine in a movie. The only issue, however, is that there are several occurrences of stutter between scenes, which instantly releases the in-game immersion.

Playing the game alone is ok for an evening in the dark on a Saturday night, but if you can find a friend with the game to team up its an entirely different experience. As the very first instalment to The Dark Pictures Anthology Man off Medan has shown off the potential, but as the first of several episodes, this leaves plenty of room for improvement.

All of this considered, Man of Medan retails at £24.99 on Amazon, so I can takle this one on the chin better than if it had been a full-priced game. 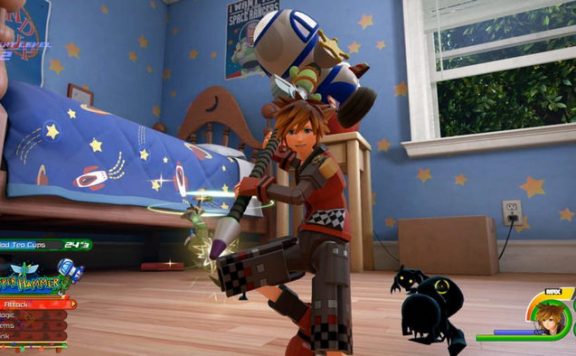 The Dark Pictures: Man of Medan

Enter the world of The Dark Pictures - A series of standalone cinematic horror games. Players will be challenged to explore and uncover each story with the knowledge that all their choices have consequences and all playable characters can live, any and all can die... Man of Medan is the first game in The Dark Pictures anthology, bringing supernatural horror to the South Pacific. Five friends set sail on a holiday diving trip with a rumored WWII wreck to find. As the day unfolds and a storm rolls in, their trip soon changes into something much more sinister. Who will live? Who will die? It’s down to you. Can you save them all?
3.8
Average User Rating
1 vote
Have Your Say!
Your Rating: 0
Submit
Write A Review