Writing this review is particularly personal for me, as the Sega Master system port of Sonic the Hedgehog was the first game I ever played back when I was just 4 years old. I vaguely remember the shock of opening a large box that day that included a Master System 2 console bundled with a copy of Streets of Rage and Sonic the Hedgehog built into the console unit. My mum followed the instructions to hook it up to the tv, switched it on and so began my lifelong love affair with the world of video games and particularly, the Sonic the Hedgehog series.

Released in late 1991 by Sega to follow up the successful launch of “Sonic the Hedgehog” on the Sega Megadrive, the 8-Bit master system port was built from the ground up to further capitalise on the popularity of Sega’s newest star mascot. Gamers had been blown away by the sheer speed of the original game when it had launched back In the Summer of 1991 and with the Sega master system still providing strong sales figures in the West, Sega knew that they had to bring the blue blur over to both the Master System and their portable powerhouse, the Sega game gear. Sonic was here to stay and as far as Sega were concerned there was plenty of him to go around.

It was fair to say that Sega had would have a mighty task ahead to convert the break neck speed and hyperactive gameplay of the Megadrive version of the game down to a console with half the capabilities. But as we all knew by this point, “to be this good takes Sega” and the 8-bit port of the game truly is a jewel in the crown for both the company and the Master System console library.

Anyone who has played the Sega Megadrive original version of “Sonic the Hedgehog” will be familiar with what have now become staple mechanics of the series. Sonic still runs, spins and jumps just as well in 8-Bit and the gameplay is as engaging as ever.

As opposed to being a downgrade from the original, the 8-bit version of Sonic is merely a sideways step with a slight decrease in Sonic’s overall speed and a few changes to the Zones included. The nightmare-inducing “Marble zone” has been replaced by the far more serene “Bridge Zone” which see’s Sonic using a system of wooden bridges and See-saw poles to avoid a watery fate in the rivers below. “Spring yard zone” has been replaced with the “Jungle Zone” which features a series of Vines, moving logs and waterfalls for Sonic to contend with. “Starlight Zone” is also no more and has instead been swapped out for a final zone to follow “Scrap Brain” in the form of “Sky Base Zone” which sends Sonic up into the lightning-filled skies of South Island to take on Dr Robotnik for one last battle.

As Sonic the Hedgehog, you are tasked with traversing these zones, each featuring two standard acts and a third act whi

ch serves as a boss battle with Dr Robotnik in one of his many dangerous robotic vehicles. The goal is to rescue the animal residents of South Island who have been imprisoned inside Dr Robotnik’s robotic “Badnik” army. These Badniks come in a variety of forms from Piranha fish to Ladybugs to bomb-tossing pigs and Sonic will encounter many of them littering his path, attempting to slow him down.

Another important difference in the gameplay is that, unlike the Megadrive version, Sonic is unable to recollect lost rings when he is hit. Although being in possession of even one of the iconic gold rings will be enough to keep Sonic alive, he will be unable to pick these up again when he drops them, and this adds an additional level of challenge that wasn’t a factor in the original.

Bouncing through those Bonus Zones!

In addition to the zones that have been replaced from the Megadrive version, there are also new Bonus levels for Sonic to explore. Gone are the psychedelic, rotating mazes which were home to the six Chaos emeralds and these have been replaced with new Pinball-style bonus levels filled with springs, rings and extra lives for Sonic to collect. Like the original, Sonic must collect 50 rings and make it to the end of the act intact in order to access these bonus levels.

On the topic of the Chaos emeralds, they’re back again for this version but this time they’ve made their way out into the main zones themselves. One emerald will be hidden away somewhere in either the first or second act of each Zone and Sonic will need to find all six before the end of the game to reach the true conclusion!

A Super Sonic Blast for all!

Graphically, the game holds up well against its older brother, especially when you consider the limitations of the format. Each zone is colourful and filled with small details and gimmicks that serve to keep the gameplay fresh. The Music is upbeat, catchy and makes a good effort to match up with the high standards of the original soundtrack.

The game is not particularly taxing or lengthy as you would expect for a game from this era, taking approximately one hour to complete in its entirety. Having said that, this makes it ideal as “Pick up and play” title for gamers looking for a quick fix of Sonic speed or for younger players who would like to be introduced to simple, yet enjoyable gameplay mechanics.

There is a little bit of replay value to be found through the inclusion of the Chaos Emeralds as finding all six is required for the true ending of the game. Honestly though, players will mainly find themselves coming back for the addictive and fast-paced gameplay over anything else.

Sonic the Hedgehog on the Master System is by no means a downgrade from the original. Any gamer looking for a solid platforming title to add to their collection would do well to start here and will not be disappointed by the engaging gameplay and visuals. This version of the game has been re-released most recently on the Wii Virtual console service but for purists who are looking to play the game as it was originally released, you can either find the game built-in to some Sega Master System II consoles (As an alternative to Alex Kidd in Miracle world) or as an individual retail release. For those who are on the hunt for a copy of the game to keep on their shelves, a cartridge will set you back around about £4 and complete in box copies averaging out at around £8. This title is an absolute must-have for Sega Master System collectors and is more than a match for its Megadrive counterpart so think fast and grab yourself a copy! 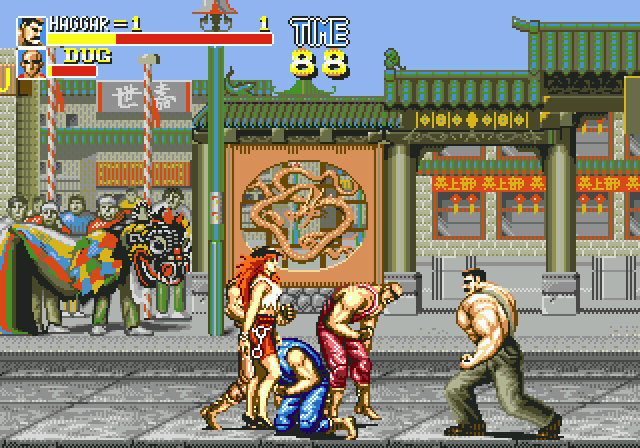 8.3
Average User Rating
1 vote
Have Your Say!
Your Rating: 0
Submit
Write A Review