The Mega CD was a missed opportunity let’s get that out of the way now, hindered and disrupted by in fighting between Sega Japan and Sega of America and some terrible games it was destined to fail.There was a moment though, a moment when people looked up and thought maybe we are witnessing a turning point in the Mega cd games being released. Maybe developers have figured out how to get the best out of the machine. This time and date was April 4th 1993 when Capcom released what some people claim was the definitive version of a loved arcade game, this game was Final Fight Sega CD.

An amazing side scrolling beat em up with the usual plot of a loved one has been kidnapped and the police can’t help so it’s down to 2 muscle bound martial artists and an Ex street fighter champion who was now Mayor to clean up the streets and defeat the Mad Gear Gang this can be played singularly or in 2 player.

Play the Role of Haggar

A monster of a man and father of the kidnapped Jessica, as fathers go he’s pretty no nonsense this is a guy if he tells you to be home by 10 you be home by 10, a man that if you knocked on a door to take his daughter out and he warned you not to take advantage you would get someone to.kick you between the legs several times just to be on the safe side.

As the mayor in Final Fight Sega CD you would think he would have the full force of the police force behind him to assist but instead he makes the decision to done a leather chest strap and green trousers and some stomping brown boots and kill anyone who gets in his way. This is done by back breaking, pile driving and performing spinning lariats to carve a path to his daughter, his moves also dictate that he has been hanging around with a certain Russian wrestler from another popular Capcom game.

Hagar may be the star…

The other characters in Final Fight Sega CD appear to be the love interests of the victim Cody and Guy wears a bright orange ninja-esque suit (luckily there’s no stealth required in this game huh) who relies on speed to defeat the Mad gear henchman with blistering fast kicks and punches, Cody resembles a Guardian Angel , remember the guys who used to patrol the American subway in the late 80’s early 90’s, anyway he wears his tight blue jeans tight white t shirt and his beret. ( Insert prince song here). Cody is your general all.rounder with average speed and strength.

The Game played host to a variety of characters from leather clad punks with slick hair, Mohican totting bad guys , chain swing rock chicks were the basic beat down fodder for the game but as you go on things become a bit more difficult with flame throwing pyromaniacs, Andre the giant off spring that charge at you with a roar, and short tubby bald head dungaree wearing villans that charge at you with thunderous headbutts. These can all be dispatched with flying kicks, shoulder throws, uppercuts and round house kicks but also weapons are dropped at quite a regular rate from knives to pipes that can be used for a limited time before they vanish from existance.
The game is fair sized with 6 stages some covering more than one level and the end of level bosses are varied from gun totting crooked cops to a large Rastafarian acrobatic fighter to a grenade tossing mercernary all explode of the screen with amazing detail.
(Spoiler***) The game ends with you defeating Belger the millionaire recluse in a wheelchair armed with what appears to be a rapid firing crossbow, remove him from his chair and watch in delight as he flies out of a high rise window to his death, oddly enough after this happens all 3 characters appear in the final area to save Jessica, odd when you been playing single player you half want the the character you were playing to turn to the other two and say ” where the bloody hell have you come from! Where were you while I was fighting a train full of fire, knife throwing gang members!? But alas they all act like nothing has happened and we get the the usual early 90s clique end script father tells daughter he loves her and he sorry and he will never let anything happen to her blah de blah de blah while Cody and Guy start to walk back the entire length of the city.
A little extra at the end If you play as Cody sees Jessica run up to him but not before Guy gives him a couple of quick slaps and knocks him to the ground showing some sort of rivalry, again this is ignored by both Cody and Jessica Cosy gets up Jessica declared her undying love and Cody turns her down flat obviously suffering from a minor concussion where guy has just whooped him and he thinks he’s Batman stating he can’t be with her as he has to to fight crime where ever it may raise its head.

The Graphics and Sound on the Mega CD version were brilliant, smooth textures and movement of all characters with numerous characters being on screen at once made the game challenging but not impossible there was no frustration just patience required and some quick movements.

If you own a Mega CD and have not played this game I would highly suggest making Final Fight Sega CD a high on the list of purchases, an arcade perfect version of a brilliant game that doesn’t disappoint and still holds its own to this day and is brilliant with a friend a pizza and a few beers.
So Star Struck Fans I would like to end by thanking you for the support for the site and the what seems to be a never ending growing list of Fans on twitter @starstrukgaming and  @thegamesweplay3 we hope you enjoy the content as much as we enjoy writing it. 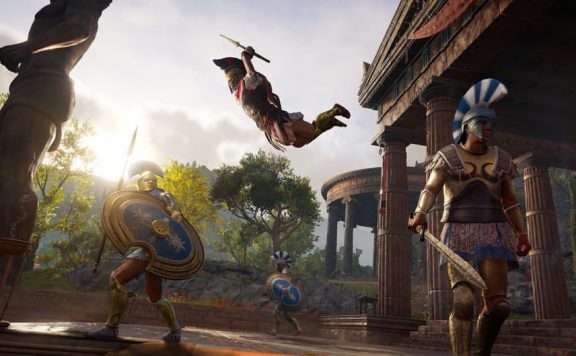 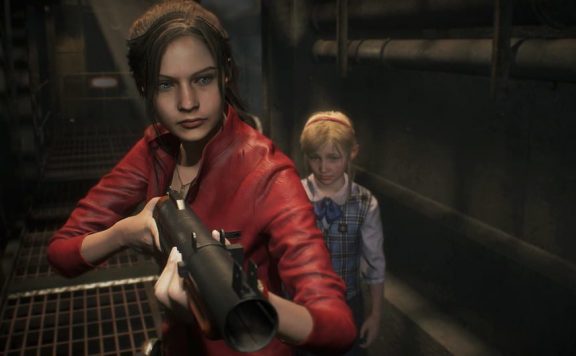