Hitler is set loose in California, and he’s ANGRY.

I mustache you a question. Do we really know what happened to Hitler in 1945? Developer Ankaar Productions has a theory. The Führer was cryogenically frozen at the end of the war, but something has gone wrong! Waking up in Los Angeles, a groggy and veritably teed off Adolf Hitler has to battle through the city and rendezvous with his supporters to escape. 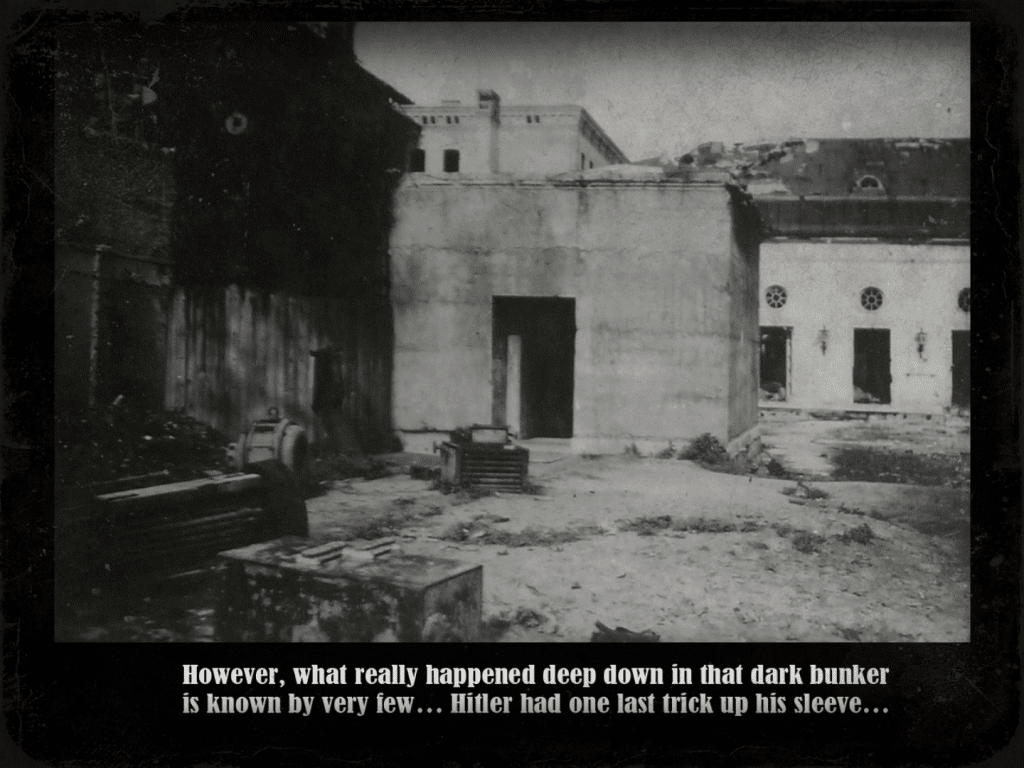 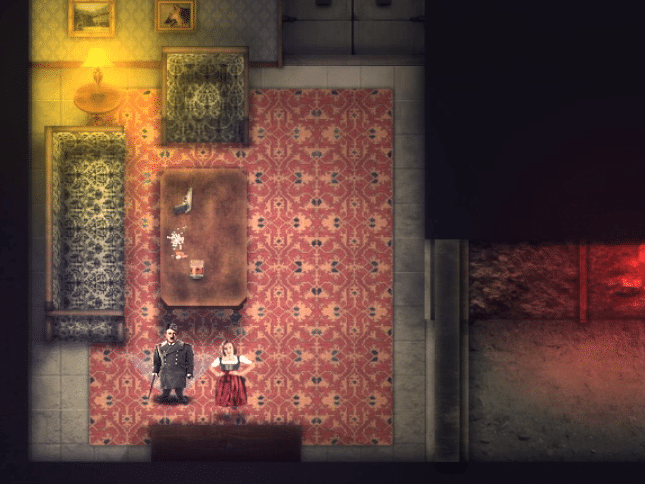 This is the kind of bonkers story prompt I love, one that you know you can’t take too seriously. It’s one that’s best enjoyed with your friends, because everyone’s going to play up the absurdity with their own what-ifs. It is for this reason that I ultimately recommend the game: What Führer in L.A. gets right outweighs the things it gets wrong, and you’ll most certainly have a good time for two dollars if you’ve got people to watch you play it. And hey, it’s election season, right? It’s a perfect time for some alt-history humor. 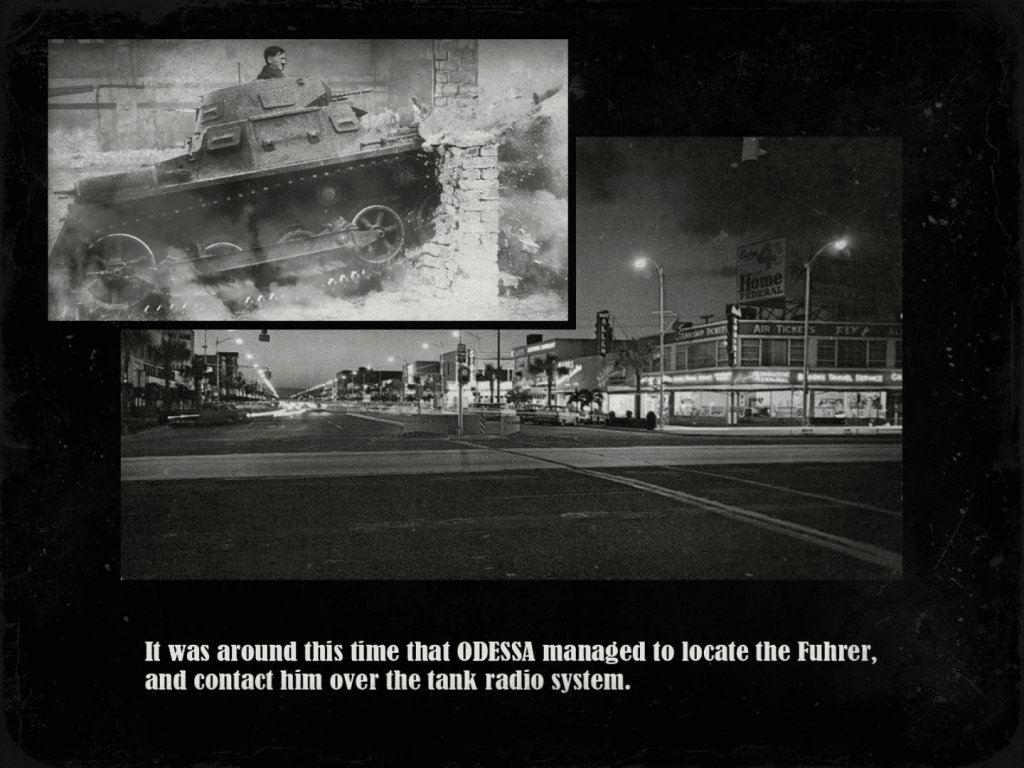 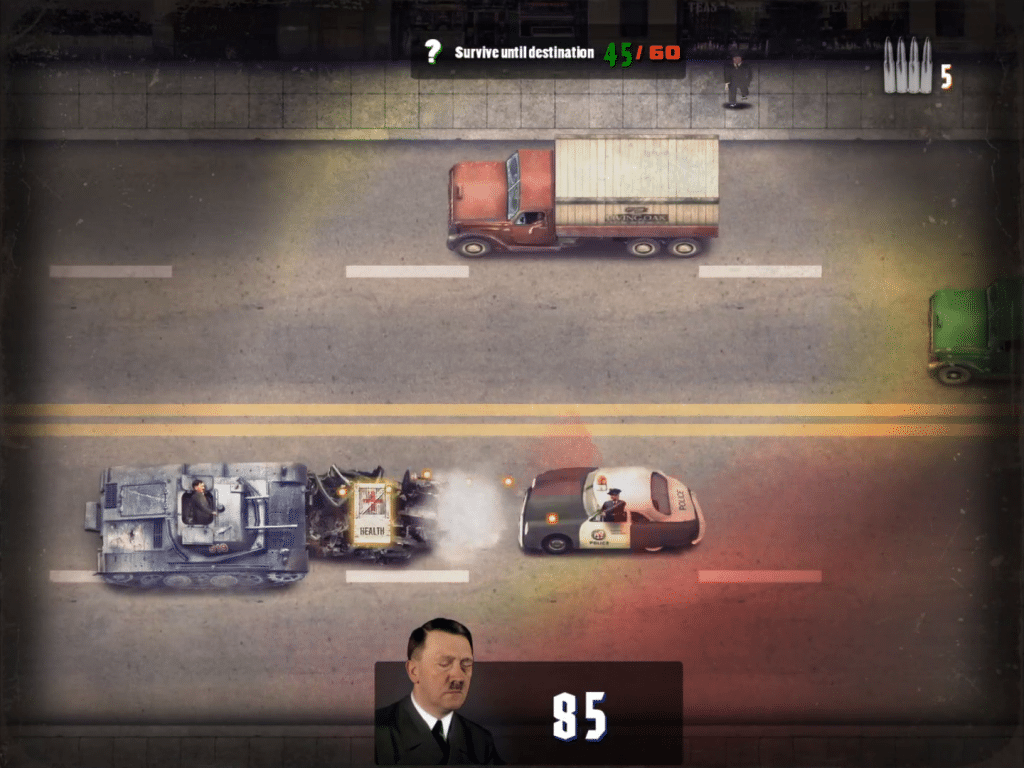 Let’s start with the bad, and then I’ll tell you why the bad doesn’t matter. This is not a well-made game in the technical sense. Pacing is awkward, movement is sluggish, and the enemies are incredibly unfair. For some reason, this two-button game uses one button to shoot and the other to change weapons instead of just mapping one weapon to each, and there’s no controller support to be found. You can’t dodge the bullets your enemies fire at you, and sometimes the randomized enemy placement makes it impossible to survive.

All of these things would be a bad time playing by yourself, but these are precisely the ingredients for a ludicrous let’s play in front of an audience. You are going to fail along the way, and it’s going to be hilarious. You are going to have close calls as you dash for that health pickup, fleeing an impossibly fast berserker enemy that wants to body slam you. You’re going to shout gleefully as you activate the single-use environmental weapons to comedic and gruesome effect, and the chat is sure to go wild. Oh, and just wait until you see the hobo enemies. 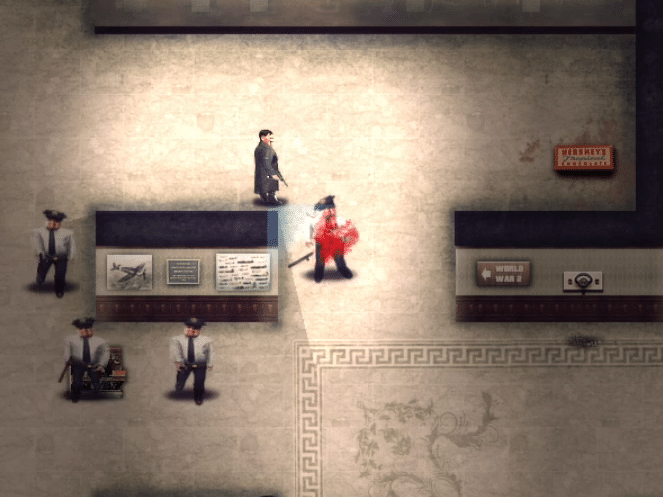 Set me free! Trust me and we will escape from the city! 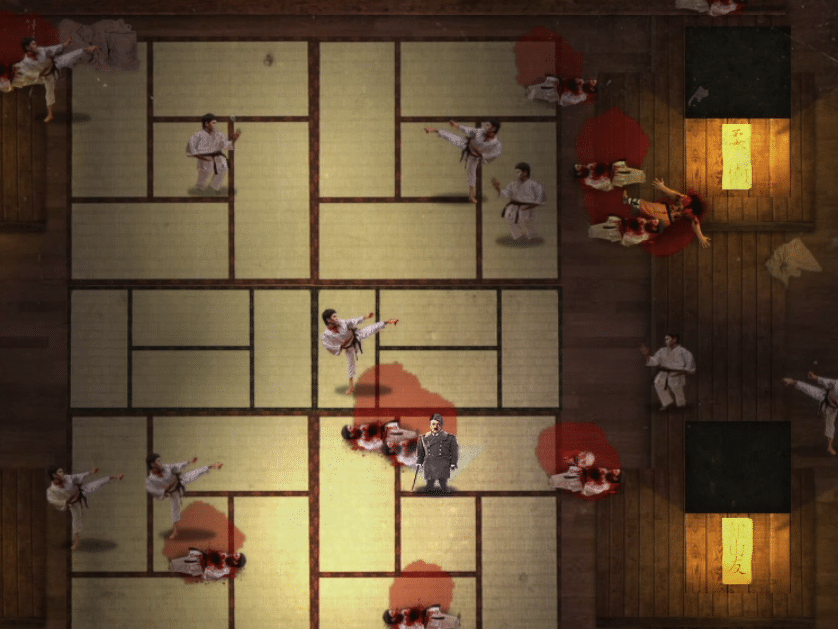 There’s also a great twist ending that finally pushed me into the “recommended” camp, and I’m mad I didn’t catch the signs leading up to it. All this, and a single playthrough of the game is going to take you less than an hour. The developers have also generously unlocked every level from the start, just in case you get stuck.

The graphics are detailed in service of the gameplay, which features top-down 2D levels with four-way movement. The photobashed art style is interesting to look at wherever your eyes wander to, and the simplified level designs promise you’ll always know where to go. Animations in this style are expectedly stiff and arcade-like, but they never detract from the chaos on screen. 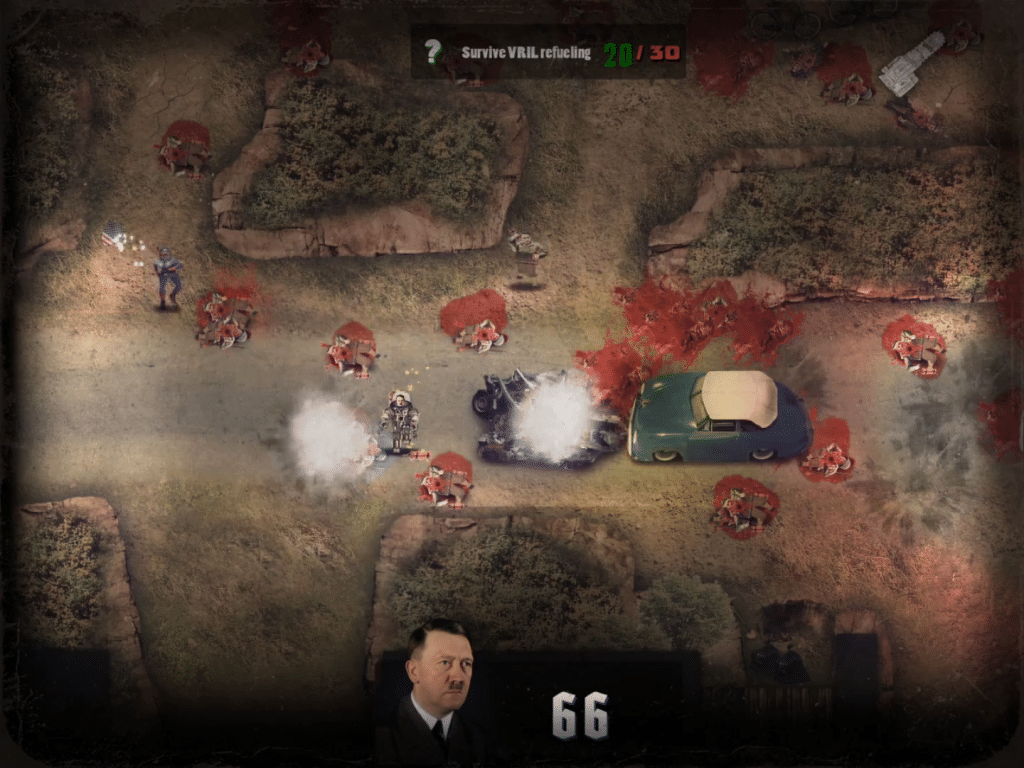 These battles get intense.

What I love the most about this game is the sound design. Führer in L.A. is fully voice-acted, a rarity among indie games, and it’s so over-the-top you can’t help but smile. Hitler shouts and screams in German constantly, exactly as he should, while a villainous supporting cast schemes in thick movie accents. There are narrated cutscenes connecting each mission that pull you into that 1940s filmic aesthetic, and every gameplay scream and explosion fights for aural dominance in that way only arcades ever dared. You might expect it to get old, but the game never overstays its welcome either.

I hope Ankaar Productions continues to make games. They certainly have the humor and the guts to pull this off. I can only imagine what they’ll do with a larger project and a focused commitment to the user experience. You’d be surprised what two bucks makes possible when a good handful of players are willing to take a chance on you.

Summary
Play this game in front of an audience. It's a rough but worthwhile carnival ride.
Good
Bad
4
Recommended

INDIE FEATURE: Führer in L.A. is a Fun Romp for Streamers

Hitler is set loose in California, and he’s ANGRY. I mustache you a question. Do we really know what happened to Hitler in 1945? Developer Ankaar Productions has a theory. The Führer was cryogenically frozen at the end of the war, but some...
0
Average User Rating
0 votes
Have Your Say!
Your Rating: 0
Submit
Write A Review