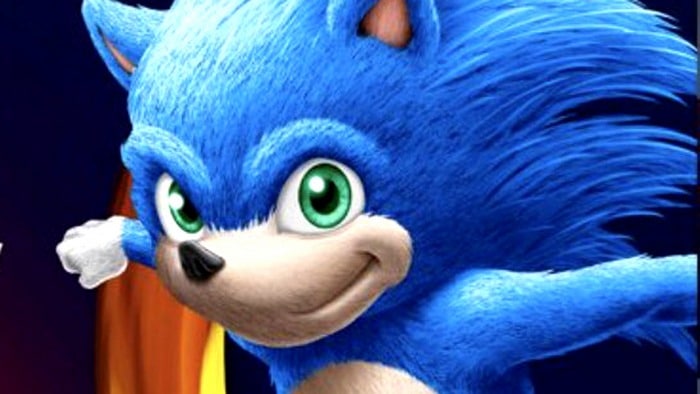 After a strange-looking image emerged of Sonic for the upcoming movie, fans were split down the middle about whether they could get used to how the spiky-haired hedgehog would look. Now though the artists have some much needed time as the Sonic the Hedgehog movie release date gets a delay.

When is the Sonic the Hedgehog movie release date?

The announcement from Fowler on Twitter is below, which we’ve probably read into too much…. Check out the arm holding the sign in the image attached to the tweet, you’ll recall the more recent depiction of Sonic has muscular arms and got rid of the white gloves we’re used to.

We usually see the arm above in the Sonic video games, but the hardcore fans will argue that Sonic’s arms are usually just blue – almost like wearing a blue all-in-one. If you recall the Sonic Boom titles, he bares this blue arm trait so perhaps at the Sonic the Hedgehog movie release date Sonic will resemble something along those lines.
The second thing that drew us in was slap-bang in the middle of the sign showing the old-style sonic logo which originally came from the Sonic we knew in the 90s games. Back then his spikes were shorter than they are now, take the logo with a pinch of salt though as it may not depict what the he’ll look like at all at the Sonic the Hedgehog movie release date – considering the logo covers the whole Sonic franchise.
Dissecting the Sonic the Hedgehog movie release date tweet a little more, check out the hashtag being used by Fowler. The artists revamping the look of Sonic had concerns it might mean some intensive hours, so the additional three months being able to redesign him should ease some of the pressure. Although it’ll still be a fairly mammoth task to get the blue-haired speedster just right.