Supercell is fighting their way out of their normal cartoonish war category with the release of a brand new game called Everdale. While still maintaining their graphical charm, this game creates a nice change of pace by setting you up in a small field to create your very own village in a glorious utopian environment. The fear of your empire being destroyed while you’re looking away from your phone is no more!

Now I admit, this kind of game isn’t typically up my alley. I’m much more into faster-paced genres such as RPGs and Hack n’ Slashers. That said, I decided to give this game a try because it’s Supercell and it’s a change of pace from what they normally do which caught my attention. Surprisingly enough, the change of pace is actually very minor. The game almost feels like Clash of Clans if you remove the competitive nature of the game. This caught me off guard because I expected a completely different game. Lo and behold, I felt I was able to play what I enjoy about Clash of Clans without the hassle of what I don’t like about it.

Before getting into details, I’ll go ahead and note that the game is still in beta, meaning there are plenty of things that could change before it launches globally. It could also mean that everything launches exactly as it is now, so take my review with a grain of salt.

Opening the game up for the first time presented me with some friendly greetings to start me into the tutorial. The game quickly threw me into performing some tasks, such as gathering wood and building homes for villagers. In the first ten minutes, I felt as though I was going to soon be sending a hundred workers to do different things at the same time. Some might be cutting down trees, some might be cooking, and some might be mining some clay. I was wrong. Instead, you quickly get your first three villagers and then you completely halt your population growth—at least for a while. 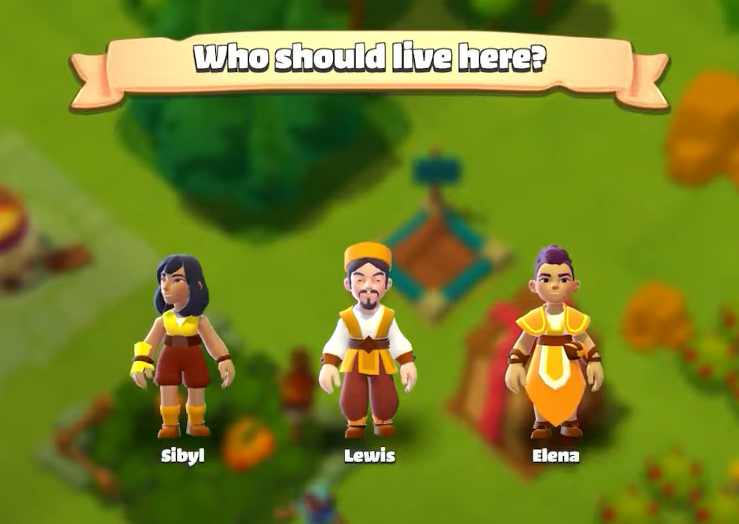 Picking A Villager in Everdale

You not only need a house to store a villager in, but you also need to keep food supplied to your kitchen to keep your villagers fed. After about 30 minutes in, I’m realizing that I want to keep one person working at the Pumpkin Patch at all times in order to keep my kitchen stocked with food. Meanwhile, I seemed to want to keep a second villager constantly spending their time at the Study to learn how to unlock new types of buildings or increase how many of an existing building I can build. This left me with my third villager doing all the grunt work. I’d send Lester around to cut down trees to build an ample supply wood, mine clay deposits for clay, and then use those materials to build. He was clearly getting exhausted with how much he had to run to the kitchen to eat!

During all of this, I’m keeping an eye on a man named Otto the Trader by the entrance to my village. When he’s present, he has tasks for me to complete that reward money. Sometimes he wants a few logs of wood. Other times he wants mushrooms that I need to send someone to pick. After completing his tasks, he seems to take some time away from the village for a bit, but he always comes back with a fresh set of tasks for more money. It feels important to make sure I’m completing those tasks above all else, as currently, money seems quite scarce. The sooner I can complete all his tasks, the sooner he’ll be able to take off and start that magical invisible timer that brings him back eventually.

After reaching about two hours into the game, I’ve accomplished quite a few impressive things for my village already. I’ve upgraded my Study all the way to level 4, built every unlocked building up to that point, cut down a lot of trees to give me more open space to work with, and I feel like I’m finally getting the hang of things. Upon getting the study to level 4, I finally unlocked The Valley, a place where I can finally see other players. This is where the game actually got me quite confused and left me unsure of what to do. I pressed on all these icons that popped up on the screen to see introductions to the Harbor, Sheep Pasture, Tailor, and Great Library. They all sound pretty cool, but at this point, I’m not really sure how to use any of them. As I pan around the map that’s in front of me, I notice there are other players who have started villages as well. I just think to myself, “Maybe the goal is that we all do things together here, whereas I do stuff in my village alone.” I tap on a few other villages to see how other players are coming along before ultimately jumping back to my village. 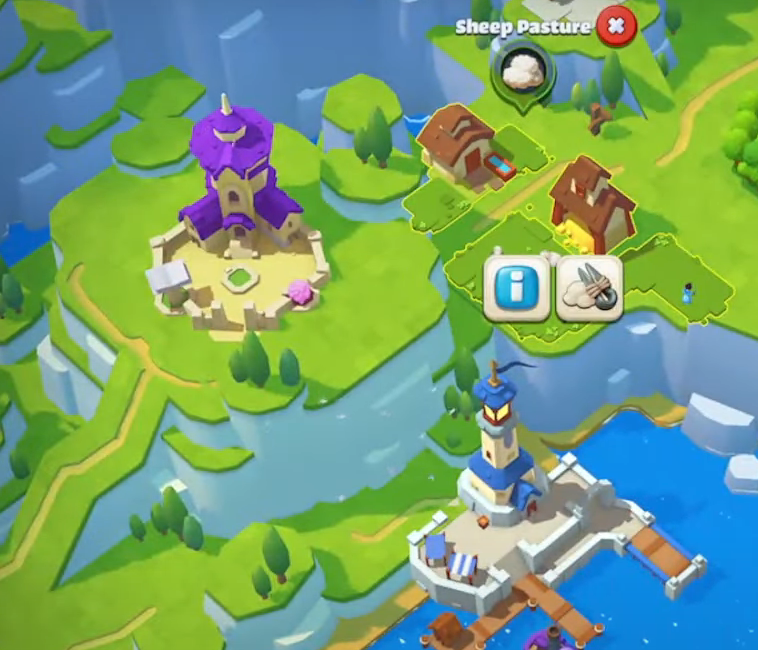 The Village in Everdale

At this point, I feel a little overwhelmed by whatever it is I just came across, and focus my mind back on my village. I definitely feel as though whatever I just encountered could have used a better introduction, so hopefully Supercell takes some time to improve that. At this point, I’m feeling like I’ve finally seen the game. I know where I’m at and know how I’m going to continue expanding my humble abode.

Putting the Game Down

As I mentioned earlier, this kind of game isn’t generally the type I prefer. However, I’ve played quite a few games like it before and I have enjoyed the feeling this game has brought compared to many others. It has that great cartoonish art style that Supercell is known for and playing the game doesn’t feel like it requires a whole bunch of brain power for thinking which lets me get a more relaxing experience. There are definitely some things I think could be improved upon, but they’re not the biggest things in the world. One example is the introduction pacing seems a little odd. One minute I feel like I’m accomplishing a bunch of stuff at once, then the next I’m feeling like time is getting dragged out without me doing anything. I expect waiting time in games like this, but I definitely expected my first encounter with waiting to be further into the game than it was.

All-in-all, the game is still a great game to try. If you’re a fan of the Simulation genre or a fan of Supercell’s other games like Clash of Clans or Clash Royale, you should definitely give this game a try when it launches globally. Peacefully building a village is a much calmer experience than preparing for war. You can keep up on the latest updates for the game on Supercell’s official website for Everdale. Hopefully we see a global launch soon!