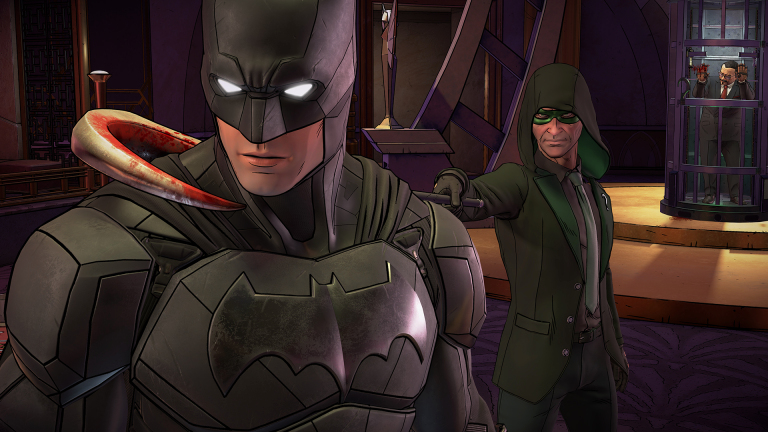 As a self-confessed geek, I’m somewhat a fan of anything DC or Marvel related to say the very least.

After playing through Game of Thrones and The Wolf Among Us Telltale titles I was a little excited when they announced Batman was getting it’s very own Telltale game available in the second half of 2016.

What was interesting was the game’s price fluctuation – it started out around £33 from Amazon and then I noticed a week later it had hiked up to £30+. I can only assume this was due to gamers realising how awesome the game was.

The Selina and Bruce bedroom scene

Any dude (or dudette) who’s a  DC fan that hasn’t wanted to see a bit more of Selina Kyle, and what’s really underneath all that leather is either lying or has an unusual way of thinking, I mean come on!

Bruce and Selina finally get alone together in Selina’s apartment, and at last – Selina does what we’ve all been waiting for and seduces Bruce. Of course you are in control as to whether she pulls down her zipper, or like me, you choose to do it yourself!

Harvey or Selina – who you gonna save?

During the scene at the news studio where Oswold holds everyone up at gunpoint (obviously masked so you don’t know it’s him), Batman swoops in to save the day but as tensions rise Oswald tries to kill Selina and Harvey Dent – but you can only save one of them – the question is who to choose.
Not being as big a fan of Harvey as Selina, I chose to save her as I thought there was still hope for her to progress emotions with Bruce. In doing so, Oswald smashes a scalding studio lamp onto Harvey’s face, in turn creating Two Face.

Did you ever see this coming? SPOILER ALERT

Gotham’s much-loved news reporter isn’t all she’s cracked up to be in this Batman story. Going along with the storyline assumes she’s just another reporter trying to scoop a story but there’s much more to Vikki than we initially thought.

Lady Arkham points to a few different Gothamites through the story but it’s finally made clear who’s under the freaky mask when Vikki injects Bruce with a deadly nerve agent at a press conference in the latter part of the game. This send Bruce into a deadly rage wanting to beat Oswald Copplepot to a pulp, and rightly so when you know why!

The Vikki Vale twist was one I never saw coming.

A brawl in a bar

Following a deep and meaningful conversation between Bruce and Selina in a Gotham bar, a wave of Penguin’s goons come to teach Selina a lesson, but Bruce quickly reiterates ‘’she’s with me, I think you need to leave’’. We all knew what would come next. Combining the right music with a Bruce/Selina team-up, this is one bar brawl you don’t want to miss.

SPOILER*** after finding evidence that Falcone had something to do with his parent’s death, Batman decides to pay Falcone a visit at his home.
This was the first we saw of the Batman fighting technique where players can choose how enemies are taken care of, showing a hologram of the Dark Knight and the effect of your chosen takedown approach.
Once you have selected and confirmed all of your chosen moves to defeat Falcon’s goons, the result is pretty immense. Dropping chandeliers on targets is always a win from my point of view.
There are plenty of other great scenes, comment below and share which of them are your most memorable. 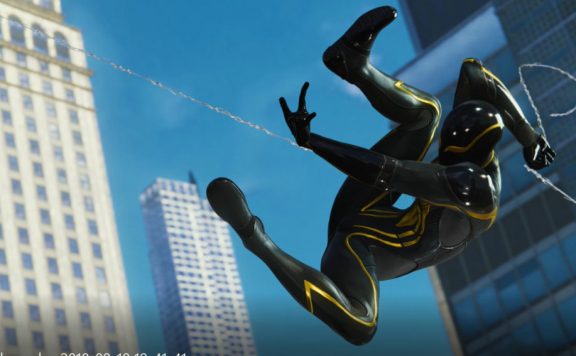 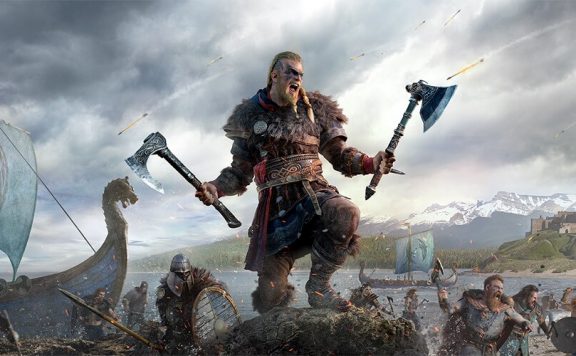