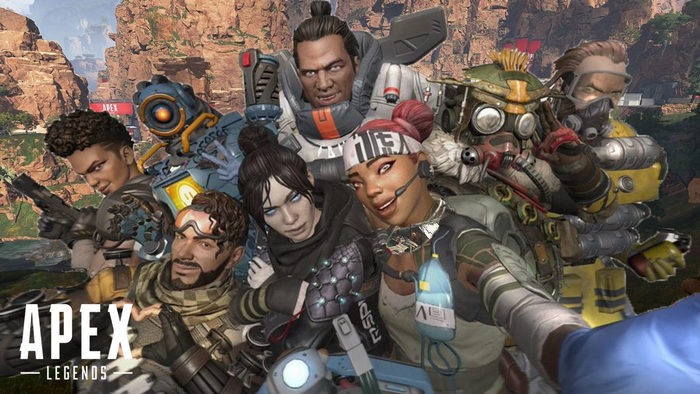 Thanks to yet another Apex legends leak, the second one this week in fact, we’ve now been given a closer look at what the new Legends could look like in what appears to be show that Apex Legends new characters leaked thanks to some clever data mining.

Following the Apex legends player card leak in February when players found a possible eight new names for future legends, (Thanks to Dexerto for the info) which appeared in unison with the existing in-game Legends it seems the faces behind this names have finally been revealed.

A couple of weeks ago the names of Octane and Wattson emerged as being two of the new legends coming to the game, then came another leak showing five images of other future Legends, and today we’ve got a total list of ten new upcoming legends (with the ones we already had info on inclusive).

The Apex Legends New Characters Leaked is thanks to a leak from @Shrugtal  – who is a clearly a legend for finding this.

In addition to the initial images above Sargent179 also created a rather sassy looking concept as to what the Legends could look like if they were in an in-game menu all together.

There are set to be a total of four seasons this year with Season 1 coming this month as confirmed by Respawn, but its not yet know when we will seeing the new Legends detailed above. What we do know is that the seasons are set to add new legends with each instalment, but whether there’ll be 10 in one hit is unclear.

There’s a huge amount of detail that’s been leaked about Octane, so there’s a very good possibility of an appearance in Season 1, which is due to release March 12th (today) but no confirmed announcement has been communicated.

Taking into account the fact that we’ve already seen 10 new legends, with a strong possibility of seeing many more, it seems fairly likely we’ll see 1-2 perhaps even 3 new Legends introduced per season. Octane and Wattson are the most likely first candidates with not only names but their abilities being leaked as well.

A usual, info may be incorrect and the devs may also change names and faces before they actually launch each character, but with the first season being imminent it should give players a clearer picture of what they’ll be getting on average throughout each season release.