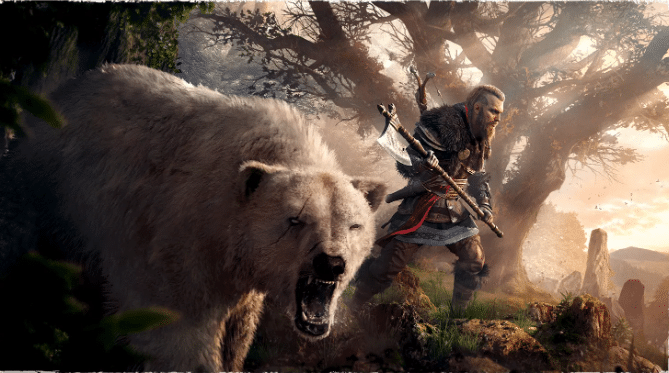 let’s be honest, you’ve heard that a new entry to the Assassin’s Creed universe is coming, but it’ll be important to know how to secure your Assassin’s Creed Valhalla pre order for release day. We’ve got you covered with the best pre order prices around for when the game lands in current and next-gen fashion this year.

Where to reserve your Assassin’s Creed Valhalla pre order

The Assassin’s Creed Valhalla pre order date has been set for holiday 2020 which is due to drop on current-gen consoles like PS4 and Xbox One, and it’ll likely coincide with an Xbox series X and PS5 launch.

After seeing Assassin’s Creed Valhalla announced it marked moments players had been anticipating for quite some time, and it certainly ticked a box for one of the biggest reveals of 2020 so far.

If you’ve not got to grips with what an Assassin’s Creed Valhalla pre order offers yet, then we’ve got a refresher at the ready. The game is set way back in the ninth century when the trips across the North Sea of the Norse tribes began to become ever more intrusive into Anglo Saxon England. Eivor is the saviour you’re set to command, directing people searching for refuge to an entirely new land. Huge battles and brutal raiding parties are set to take place, giving you the opportunity to enhance your own settlement, nestled within a picturesque ninth-century English backdrop. Although it is set in the dark ages, it marked a time where the culture slowly edged towards that of a medieval period.

You’ll get to choose between four Assassin’s Creed Valhalla pre-order editions, the initial three options range from Ubisoft’s Standard, Gold and Ultimate offerings. The collector’s Edition, however, is a Ubisoft store exclusive. Although you cannot yet pre-order the next-gen versions, whichever you go for, this is the place to know exactly what you’re getting.

The biggest beast of them all comes directly from, and exclusive to, the Ubisoft Store. It contains everything in the Ultimate Edition (the game, season pass and Ultimate Pack as well as a whole host of awesome physical goodies and, well, collectables. Inside it is:

Ubicollectibles 30cm statue of Elvor and her longship
Collector’s case
Steel bookcase
5 cm Statuette of Eivor with his Raven and Dane axe
Exclusive lithographs
Selected soundtrack
A numbered certificate of authenticity
Given its sheer quantity of coolness and it’s exclusivity to the Ubisoft Store, I expect it to be a sizeable investment – but one I’m still tempted to make.

Starting from the top, so to speak, the Ultimate Edition is a big way to nail down your Assassin’s Creed Valhalla pre order. In it, you’ll get the game, the season pass, and the appropriately named Ultimate Pack. Expect this to be a pretty penny at launch as Odyssey’s was well North of the three-figure mark.

The Ultimate Pack comes with the following items:

The Gold Edition of you Assassin’s Creed Valhalla preorder will shed the weight of the Ultimate Edition’s Ultimate Pack, thus giving you just the base game but retaining that glorious Season Pass – the key to potentially awesome DLC down the line following release.

The most modest version of the game, but still one that will likely fly off the shelves faster than the most delicious hotcakes. Pre-order Assassin’s Creed Valhalla in the Standard Edition form and you get the standard game and The Way of the Berserker mission. That’s all we know right now; though if Ubi announce any other pre-order bonuses that will come with the Standard Edition then we will update this part of the page as well as our constant checking of retailers’ pages.