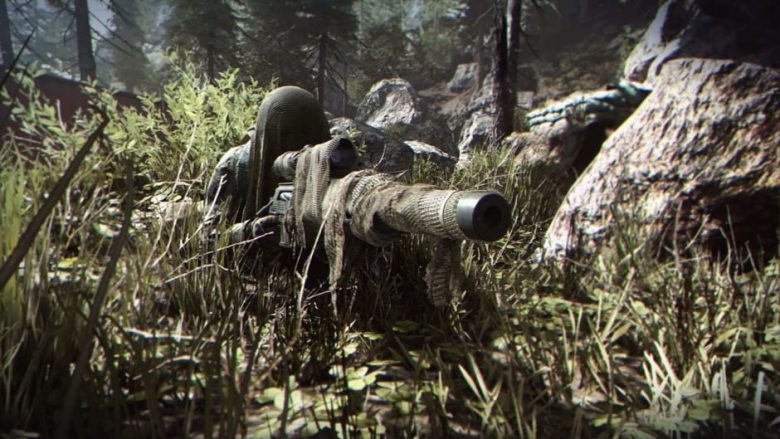 It may come down to OCD or simply the fact that we’re gamers, but a lot of us can admit to smashing the reload button even when we’re one bullet from a full mag. On the flip side you’ve got your target in your cross hairs and  typical, you need to reload by which time the target is gone. Fortunately Infinity ward are introducing the ability to simultaneously reload whilst aiming down your sights in this year’s Call of Duty Modern Warfare. So that target in your sights will stay in your scope sweet spot even if you need to change magazines.

An official Activision blog post from Mark Grigsby – Animation Director for Infinity Ward states “one other thing we added this year is the Aiming Down Sights reload. In the past, if you’re ADS, and you’re shooting and you reload, the weapon would go off to the side, and you’d have to retrain to get to your target. This time if you reload, it stays on the target, so you can stay in the battle.”

Grigsby added “in the past, we would never physically show that transition of one mag to another, but this time around, everything’s physical, so if you have an extended mag, like a drum perhaps, or a long magazine, all of the movements within every reload are visceral, strong, aggressive” so dependant on when your weapon is reloaded will see a variation in animations. So the animation you see if you’re reloading an empty magazine will differ from what you’d see if you reload one with just a few bullets missing. Furthermore Grigsby states “after you’ve taken down five different dudes in a room – and you reload, you go ‘shit yeah, you’re done!’”.

Any player of the current games such as Call of Duty: Black Ops 4, looking to jump online with Call of Duty: Modern Warfare later this year will certainly appreciate keeping their eyes on their target while an empty (or full) magazine is swapped. It’ll certainly be a mechanic to get used to but if you’re getting Modern Warfare then you’ll get to test it soon enough!