Well it’s that time again Star Struck Gaming fans, time to travel back to the past when the most gameplay was the key to a successful game and good graphics were a bonus.

Today we have travelled back to August 1982 and have powered up the Commodore 64, the machine that dominated the 80’s and for some started their gaming journey (mine included).

The C64 was mainly a tape based computer that came with a 2 button joystick which plugged into the side, but at the back of the Commodore was a cartridge slot eliminating loading times and allowing you to get straight into the game much like the NES, Megadrive and so on. The cartridges were £25 with the tapes ranging from £12.99 for a new release game or £2.99-£3.99 for an older release. One thing you could rely on with this system was if you couldn’t afford a full priced new game, in a few months you would find it on budget in your local sweet shop or corner store (yep no travelling to your local closest Game). These games were sold by everyone.

The loading system for the Commodore will forever be buried in my mind as this was a little more complex than the plug in and install that is a normal feature in gaming these days, simply because you had to tell the Commodore what you wanted it to do – putting a tape in just wouldn’t work. You had to type ‘Load’, push return and sometimes you would even need to add the name of the game for it to run, then you had a good 10-15 minute wait for the game to load!

How about the games?

The game library was phenomenal for the system; from games like Spy Hunter, Jet Set willy and the Dizzy Egg games, up to the brilliant Batman game based around the Michael Keaton movie to Vendetta, Midnight Resistance and the brilliant Last Ninja series. I could really go on and on there was something for everyone.

After every level of the game you were playing you would have to wait for the next level to load depending on the size of the game, for example Who Dares Wins; a top down shoot em up would just require the one load but games like Golden Axe would require multi-loads and there were no saves here and very few Continues. If it was game over it would be a case of rewinding the tape to the 0000 setting that you would have been asked to set after the first load.

All In all it was hard to fault the Commodore 64, games were varied and consistent (no lull waiting for the next big game) and the coverage of all these was solely dealt with by magazines. The magazines were very glossy affairs and always came with a demo tape once a month  – brilliant if you had spent your pocket money and couldn’t afford a proper game.

Recently you may have seen a ZX Spectrum re-release being announced which basically holds almost every Spectrum game made. I’m hoping this is a success and Commodore will follow suit and do the same. I recently saw a Commodore for sale online for about £40 with a shed load of games (if I could find somewhere to put it trust me I would have had it), I cannot stress enough how good this system is and how much enjoyment you would get from it. 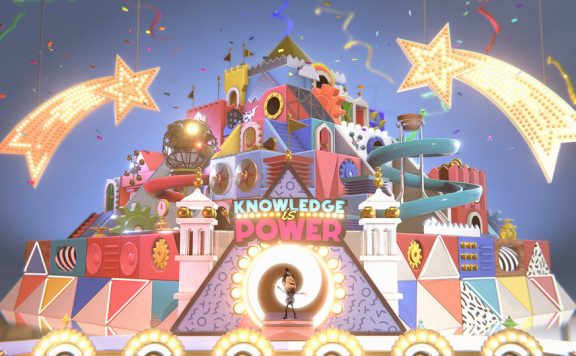 It’s 1982 and a new home computer graces the scene. Out goes the silent black and white experience and in with 64KB of RAM, colour graphics, and synthesizer sound.
0
Average User Rating
0 votes
Have Your Say!
Your Rating: 0
Submit
Write A Review
Website:https://thec64.com/