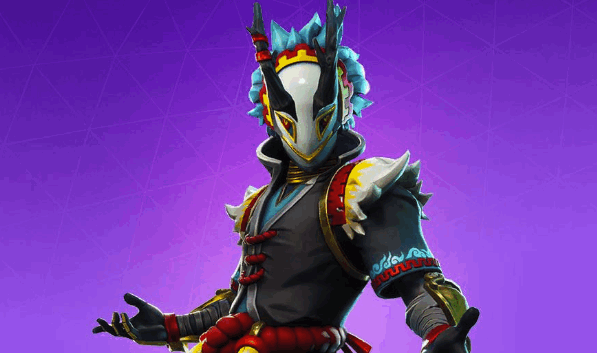 Since the below accusation originally went through, going viral amongst Fortnite players and the media, it has come to light that the image uploaded was actually a fake. The Fortnite stolen skin has been confirmed not to have been plagiarised from three separate source; Pyro-Zombie, DeviantArt and DingDongVG who have all reported on twitter that no plagiarism has taken place by Epic Games.

The sources state that an original image posted to DeviantArt was found using Google cache, and that it was only recently that the aforementioned Fortnite stolen skin was uploaded online. In other words, Epic’s design was there first.

”Update 3: Please stay civil and don’t harass this user, they’re more likely a kid and scaring them off the internet is not going to help anybody

Update 2: I managed to archive the post with the “original design” before they deleted it after being called out: web.archive.org/web/2019033121…

Update: apparently they deleted the pictures

You might have already read about it, it’s all over twitter/reddit and some people is mentioning it here on deviantart, here’s the original post on twitter:
twitter.com/DJShadow_TV/status…

( Made a twitter post if you want to share it: twitter.com/Z0MBIRB/status/111… )
I’m an artist myself and I was also outraged by this but the more I looked into it the more suspicious it seemed to me so this is what I have and why I’m 100% sure this deviantart user made it up.

*Something to have in mind is that when you edit a picture on deviantart it still keeps the date of when it was submitted, so if you have an old deviation from let’s say 2005 and you edit it and change the picture for one of 2019, it would still show the 2005 date instead of the date it was edited
This is the artists page where you can see the “original pic” on their gallery: i.imgur.com/Wb14e9u.jpg

and this is a google cache image of the same page: i.imgur.com/K4wlJMy.jpg

Here are some other screenshots by a different person about the edited picture: twitter.com/DingDongVG/status/…

Not only the original picture was changed but also the title, the title on the cached picture was “U can’t touch this l Sketch” while the new picture is “no lo PUDES TOCAR JODER”

They commented on the picture to say they only added a watermark but that’s not what the cache shows, it was a totally different picture

Also when you open the picture from the cached version on a new tab it leads you the “original design” post, not the one shown in the chache, you can try it yourself:

There’s an older picture of the design here: www.deviantart.com/endercast/a… but it was also edited, sadly this one doesn’t show in the cached version but given the above proof I’m certain this was also a totally different picture that they edited to add up to this fraud

I think it’s more than clear that this artist is making all this up and people is falling for it. I know a lot of big companies sometimes screw up people and such and sometimes we want to be supportive of small artists but we should stop believing everything we see on the internet, just because an artist is small doesn’t mean they can’t do sh*tty things or are always the victim when it comes to dealing with big companies

Most active Fortnite players will have heard the ins and outs of Taro, which is a character skin that was released into the Epic Games store back in November (the 14th to be specific). Recently though there appeared to be an image of this skin which emerged on Facebook, which showed the official Taro skin next to a skin image from DeviantArt which had been put on the social media platform a couple of months before Epic’s version came to light. The colours used are almost identical, as is the design of the shoulder pads, the hair, the belt in addition to the horned face mask.

Once this emerged Epic Games had Forbes get in contact with them to discuss the issue surrounding potential plagiarism, to which Epic replied “We take these claims seriously and are in the process of investigating them.”

Comments have already begun emerging on Twitter with users expressing their feelings; ”Ok, This… This is just awful, A company like epic games, just STEALING the design from a small artist for making profit (’cause they sell the skin…) Without giving, credit or ANYTHING, They STOLE the full design.”