I hold my hands up that when I picked Little Nightmares up last week I initially thought it was a game I’d seen on Youtube; Bendy and The Ink Machine.

Having realised this was actually not the PC game mentioned above, I really had no clue what the game was about or the type of gameplay style that it had to offer, I think they call this a blind purchase…

From the title I assumed it was going to be a horror/action Resident Evil type game, but i couldn’t have been further from what it was actually about!

Stay away from the light

There are areas where you have to sneak past an ‘all seeing eye’ (see top right of image below), essentially you need to stay out of the light or you’ll be scalded and have to start again from the checkpoint. This is actually much harder than it looks even if you learn the patterns of where the light will move to – this is probably down to the large range of control over the characters movement.

For those looking for a hack and slash type game, this really isn’t going to hit that sweet spot. There’s no mangling zombies or shooting criminals at point blank, instead there’s snake-like nasties that drop from the ceiling and kill you in one hit if you don’t get away fast enough.

Little Nightmares is a puzzling platformer

What I do like about Little Nightmares is the puzzle elemnt to the game, not everything is immediately clear as you progress meaning you need to work out what you need to do next.

In the screenshot below for example there’s a hatch on the wall and the only way to get through is to jump on the bed to be able to reach it.

Another example would be an electrical fence which needs switching off, the lever on the wall is too high so you need to move a crate to stand on top of.

Things that go bump in the dark

From the very beginning, all you have at your disposal is a lighter, without that you’d pretty much be in darkness. This doesn’t stop the music and sound effects making you jump though as you never know what’s coming next.

It’s proving to be a nightmare

Although this game is fairly satisfying in terms of keeping your attention whilst playing, I have to be honest that at times it’s been a really frustrating game to play through.

As it’s a side-scroller there are times where you walk along paths and if you f you’re not in the centre you will inevitably fall off and have to start from the last checkpoint.

This game is definitely a pick up/put down type of title. Because of the frustrating aspects of falling off ledges, getting caught by the light of doom, and generally messing things up, I have found myself getting pretty annoyed and having to take a break to move onto something else. 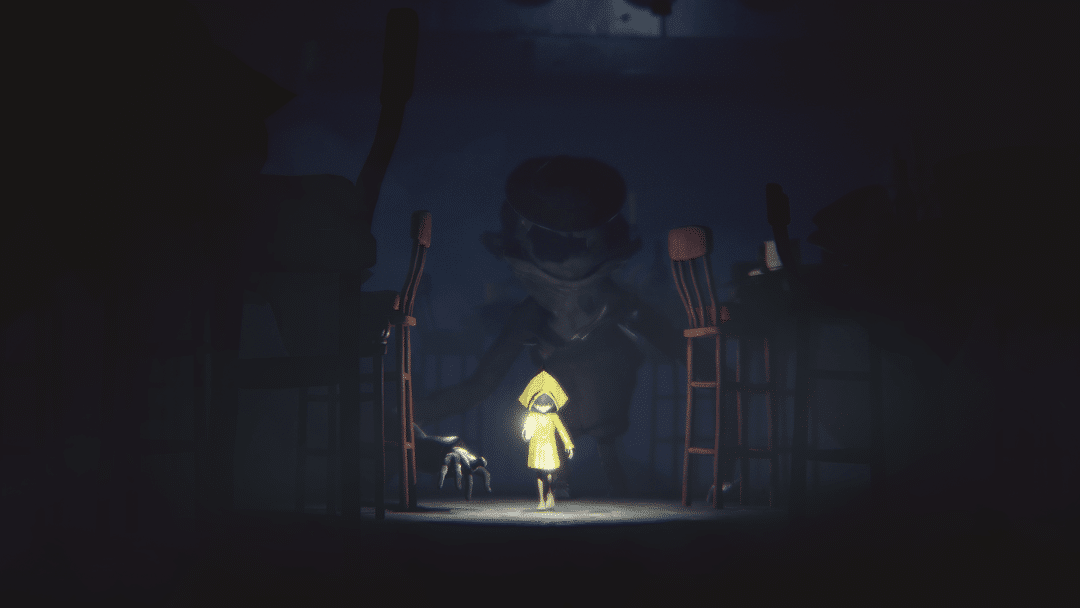 Little Nightmares is an adventure-suspense game about a girl named Six and her attempts to escape the strange world of The Maw.
0
Average User Rating
0 votes
Have Your Say!
Your Rating: 0
Submit
Write A Review