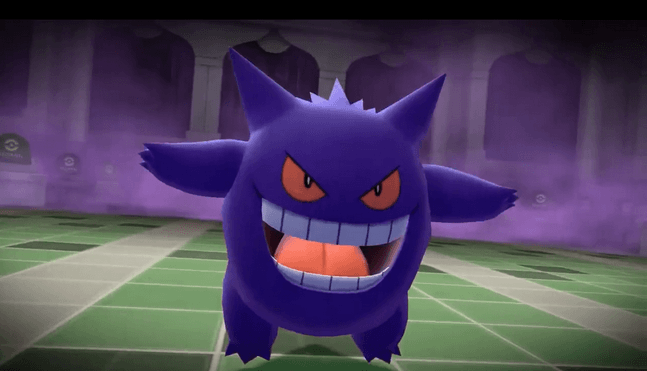 With the launch of Pokemon Let’s Go Eevee and Pikachu releasing next month, the first glimpse of Pokemon Let’s go Lavender Town has appeared in a Tweet showing a short clip. The 38 second clip shows off just enough of the ghost-filled town to get players excited for the upcoming game release, suffice to say the town looks better than ever.

The Tweet emerged earlier today, just in time for the spooks of Halloween to show their face (or not).

If you’ve already watched the brief clip above, and have played the original Pokemon games (Red/Blue/Yellow) then you’ll be familiar with Lavender Town already. It laid rest to the dearly departed Pokemon of the world. It is where you’d have met your first Ghastly and found lots of graves for Pokemon resting places.

In the original games you were able to read the gravestones to see how the trainers and their Pokemon had tragically met their final resting place, there was plenty to talk about with friends at school at the time it released back when.

There were also rumours that spread across the web that the screech-infused music was only hearable by children, and that it actually caused them to have nosebleeds and headaches – well i played for hours and personally never had them.

The eerie village has had a complete revamp and its had a much needed update to the background music as you walk through the town.

On a similar topic, if you fancy taking your chances with pokemon Go’s Halloween event tonight, as well is picking up some Ghastly pokemon you’ll also notice that the Lavender Town music has been re-added to the game after it was first available during lat year’s Halloween event. This ties in nicely with the pokemon let’s go lavender town reveal today.