For any fan of Assassin’s Creed Odyssey, the Division 2, or the Ghost recon Wildlands series, the Ubisoft E3 2019 announcements will be one of the most anticipated events of the year. Fortunately the conference did not disappoint at all, with some very interesting reveals.

We’ve put together a list of what the Ubisoft E3 2019 announcements included, along with a trailer to show gameplay and/or cinematic trailers for the new games.

First up among our Ubisoft E3 2019 announcements is Watch Dogs Legion, a game that leaked more and more in the lead up to E3 2019, but still gave very little away. The trailer that emerged during the Ubi conference however did not disappoint, showing a cinematic trailer and an insight into what the London-based RPG gameplay would look like.

For Honor: Shadows of  the Hitokiri

Mobile games were a big part of what was revealed at E3 this year, so it was nice to see Tom Clancy’s Elite Squad joining the lineup of Ubisoft E3 2019 announcements. Gears Pop and Bethesda’s Commander Keen were two games that joined the mobile-online games lineup.

Perhaps not a total surprise that Ghost Recon Breakpoint was one of the Ubisoft E3 2019 announcements, but certainly a game that we wanted to see more of. When the man we know as Shane from the Walking Dead stepped onto the stage, needless to say the crowd erupted with excitement.

That wraps up our Ubisoft E3 2019 announcements for another year, but if you’re looking to see what else was announced check out or E3 2019 games list. 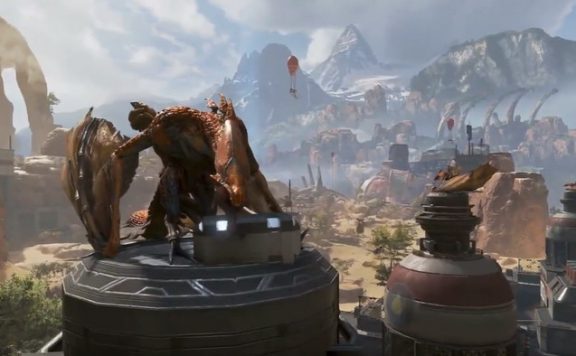