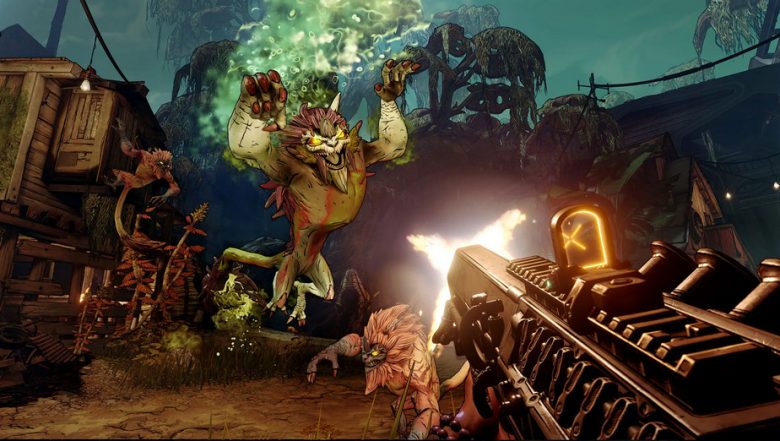 Much the same as the likes of Days Gone or (worse) Anthem, Borderlands 3 has gotten off to a rocky start. Initially, it was reported that the Borderlands 3 performance issues only related to the PC version of the game, but after a day one patch it’s clear thats not the case. The performance problems apply to all platforms including PC, Xbox One X and PS4 Pro. A heavy flood of complaints came into the Borderlands 3 Subreddit as well as plaguing the Gearbox Twitter page and forums to report the issues.

What are the Borderlands 3 performance issues?

The problems that have been reported have come in the form of multiplayer lag, saved games becoming corrupted and drops in FPS. Looking into the situation from a technical perspective, Digital Foundry discovered that the frame rate drops are impacted for performance modes and resolution modes. Base Xbox One and PS4 consoles have huge struggles with performance, and the issues also affect PS4 Pro and Xbox One X, with the X being able to maintain 30 FPS.

Testing the Borderlands 3 performance issues for ourselves, we noticed PC playing at max settings, in addition to the One X and PS4 Pro all struggled at early stages in the game. Trying to initiate combat is hugely frustrating when the frames drop and the PC version also saw heaps of stuttering when switching to aim down sights. Multiplayer is affected across all platforms when opening the Echo menu, which causes huge lag which can be super annoying.

The Borderlands 3 performance issues don’t stop there though, the game can become completely unplayable. If using the game’s split-screen or multiplayer online there are masses of lag when navigating the menus, and weirdly on the console version, you cannot amend the settings. Stacks of posts on the Gearbox Xbox one and PS4 forums state that the text used in local split-screen is unreadable due to the way the screen has been rendered horizontally. “there are no plans to add vertical split-screen at this time.” 2K said in a report to Comic Book, so it doesn’t sound as though this issue will be fixed anytime soon.

We could go on forever even putting the Borderlands 3 performance issues aside, quest pins vanish from the map, fast-travel menus are buggy, there are crash reports, and lost saves, but so many more.

It’s good to know (not really) that Gearbox are well aware of most of the issue, as they’ve responded in their Twitter replies. The question most of us are asking is why all oif these issues weren’rt ironed out before release day. To add fuel to the fire, 2K didn’t issue review keys to the games industry until a day before the game released, if they’d have issued these a month ago at least the gaming community could have picked up on some of the problems!

We’re looking into making this better!

If you’re experiencing the Borderlands 3 performance issues, your best way forward is to keep a close eye on the dedicated support page as any support updates will be posted there first. Until then, you can try to patch the issues yourself. Disable network features, lower your FOV or for PC try using DirectX11 in full screen.