The first show of E3 has been and gone with the EA E3 2018 Announcements in Hollywood, it seemed rather a small affair with a moderate crowd in attendance, but did the quality of the reveals make this small crowd make a lot of noise? well sometimes yes sometimes no, so read on as we take you through what EA has in store over the coming months.

Battlefield 5 was always going to make a appearance and to add to the reveal a few weeks ago EA announced character customisation, a better destruction mechanic inside the game and finally what was missed out on the early reveal was a battle Royale mode, again graphically what we saw looked stunning but as the host mentioned at the start people have been asking to see more game play which we did not get, I sat patiently waiting for them to kick off a look at campaign or a sneak preview of Royale mode but alas nothing ever came and the hosts left the stage leaving me scratching my head wondering if I had actually missed the game play segment. I could not help feeling i wanted more from such a big release preview here is hoping we get to see more soon.

In then what appeared to be a bizarre merging of games we found ourselves walking down a tunnel in to a football stadium the inevitable Fifa 19 was no on show with the usual trailer of tricks,kicks and flicks there seemed very little difference to Fifa 18 to the point that Ronaldo appears to be the cover for the game again. the only real difference seemed to be THE UEFA champions league had been added there still career mode and the continuing story mode with Alex Hunter but I am not sure one thing being added to a game justifies spending another £50-$60. It was also mentioned that the World Cup had also been added to Fifa 18 and a free trial of the entire game was now available to download and play so if your short and cash and need something to tide you over the weekend this may be the answer. I cant help feeling that looking back that he Fifa announcements were a lot bigger and this seemed to be very watered down compared to previous versions but I am sure it will sell quicker than hot soup on a cold day when released.

The next of our EA E3 2018 Announcements was a new Star Wars game announced as being called Jedi: Fallen order, this was announced with no game play no screen shots and by the director of the game sitting in the crowd. I believe this was a poor attempt at more damage control by EA after cancelling and canning the single player Star wars game earlier this year by Visceral, it was like we need to let you know there is another Star wars franchise coming but we have done nothing on it yet. The talk then glided in to Star wars Battlefront 2 in fairness EA admitted they had got this terribly wrong at launch and to give credit where it is due the game has made a great turn around enabling better unlocks and progression and more content even throwing the Ewoks in to the fray. Now there are new heroes and villains coming the the battle front in the shape of General Grievous, count Dooku, Obi Wan Kenobi and Anakin Skywalker, the clone wars are also being added to the Battlefront 2 universe as well as a a star fighter mode and what appears to be a attack and defend mode using stars hips and out posts. EA seem to have their teeth firmly in to the Star Wars universe and appear to be committed to making up for the mistakes at the beginning.

Next on the agenda came Unravel 2 the sequel to a charming little platform puzzler where you played as a character made out of yarn/string, this time around you have a co operative mode, the game can be played in single player but cleverly both characters are still needed for the puzzles that lay ahead. the game play shown was crisp and clean to watch and very fluid, we watched a single player character carrying his little friend across the country side being pursued by a grouse jumping and overcoming obstacles to avoid being eaten, a second player then jumped in mid game and working together. All in all the game looked fun and engaging and o make it even better the game was released to buy instantly, if you enjoyed the first unravel as i did it looks certain you will not be disappointed by the sequel.

Maybe the most bizarre of the EA E3 2018 Announcements was by the EA originals team with a game called Sea Of Solitude from what i can gather the game is based around dealing with depression and loneliness, you play a young girl called Kay who has fallen in to such a deep depression she has turned in to a monster and her depression has escaped and corrupted the world around her, the game reminded me of a 3D Limbo. it looked impressive but i am not sure how the gaming community will respond to a game based around such a sensitive subject. EA also announced NBA live 19 and Madden 19 the later finally returning to PC after nearly a decade of being console much to the delight of one fan who cheered loudly on his own.

The next of the EA E3 2018 announcements was a little bit of a surprise as it was a mobile game in the shape of Command and Conquer rivals I am unsure if this was an unlocked version of the game allowing constant use of different military units or if the this is just what the game plays like, we watched 2 RTS experts go head to head with the goal of taking enough points on the battlefield to use the nuclear missile in the centre of the map to destroy the other players base, unleashing 2 of these rockets won you the game, The game it self looked fun and ran well on the mobile devices being used and would be ideal for long journeys.

The EA E3 2018 Announcements showed cloud based gaming was pushed quite hard in this years conference with Andrew Wilson announcing Origin Premier which allows you to stream a large catalogue of games old and new straight to you PC, currently still in development but available to demo at the conference EA give the impression that disc based gaming is going to become a thing of the past but lets see how it all works out before we jump to conclusions.

Finally we came to the much anticipated Anthem to say I thought this was a lacklustre moment of the EA E3 2018 announcements is an understatement we were basically shown a new trailer that in it self didn’t really do anything apart from make me think how much this game looks more and more like Destiny, then at the very end of the conference and we finally got a live gameplay of Anthem and to be honest I personally wasn’t impressed, it looked very Mass effect with co op and heavy gun play tacked on. Graphically again I wasn’t blown away and I was watching on a 4k TV although the monsters were huge and the explosions were big bit something’ just seems to be missing and for the life of me at this time I can’t tell what it is, I don’t think the awfully scripted voices of the people playing really did anything for the experience and even the crowd seemed to struggle to applaud at the end.

In my personal opinion it was definitely lacking in the big games department we got the generic and ritualistic releases of FIFA and Madden but no mention of UFC 4 or maybe a new Fight Night which i thought may have been on the cards due to Fight night champions being made backward compatible recently. The strange idea to announce a new star wars game with no footage or anything still baffles me now although the content announcements for Star wars BF 2 were interesting and showed real commitment to making the game as good as it could possibly be. Its quite possible the Need for speed franchise has come to a end also after the poor showing of Need for speed payback, I was also hoping maybe so remastered or new versions of older games such as Burnout and Time Splitters but unfortunately it looks like its not to be.

Next up – Microsoft’s Conference

So we can only move forward with Microsoft’s conference less than 2 hours away, what does the big M have in store for us? All seems to be fairly quiet on the Microsoft front at the moment so here is hoping some major announcements have been kept under wraps and we will get blown away by whats to come, rest assured we will be watching to give our honest opinions on the conference as it progresses so remember to have all your chores done, check your internet connection have snacks at the ready and some cold drinks in the fridge for 9pm tonight for what we hope will be a great show.

Can Xbox do one better than the EA E3 2018 announcements? Time will tell. Check out our E3 2018 UK schedule for when, how, and where to watch.

Until then take care,game hard and be safe 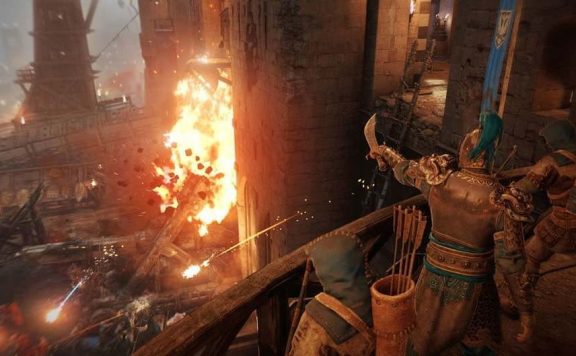 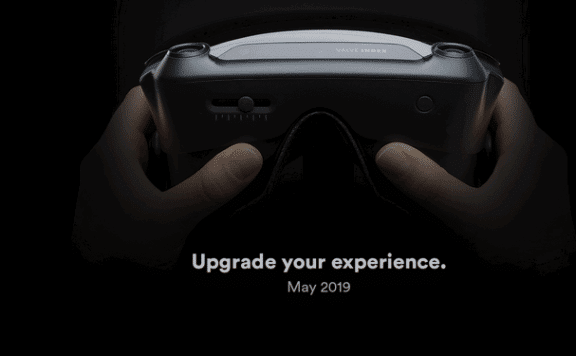 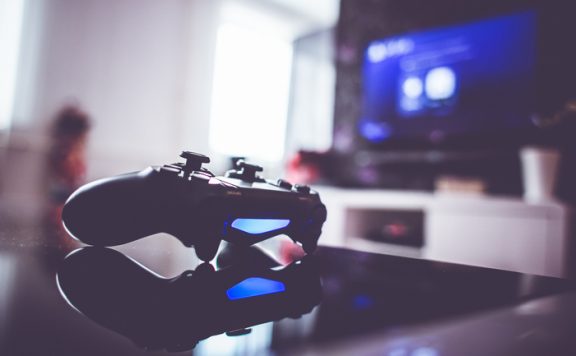 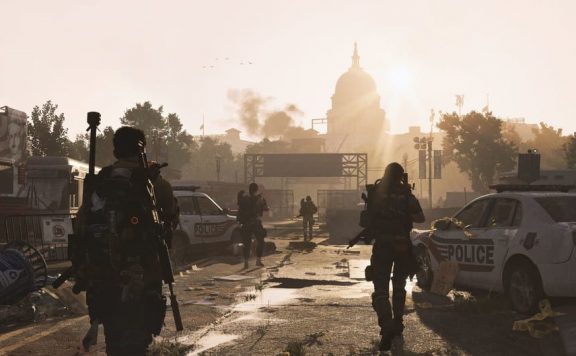