This concept art was released exclusively at Comicon – It looks as though we will finally meet the Taskmaster on the big screen!

Finally, Black Widow will get a standalone movie and it will be the first picture of phase four. Arriving on May 1st, 2020 the prequel will detail Natasha Romanov’s backstory and potentially bridge the gap between Civil War and Endgame.
The cast stars David Harbour (Stranger Things) as Red Guardian, Rachel Weisz (The Favourite) as Melina and Ray Winstone in an undisclosed role.

Scarlett Johansson said, “It’s been worth the wait!”

The Falcon and The Winter Soldier

Anthony Mackie and Sebastian Stan are set to return in the first of a slew of shows on the upcoming Disney+ video streaming platform.
It’s more than likely, considering the events of Endgame, that this series is set after the final Avengers movie.
Anthony Mackie came out with Captain America’s vibranium shield at the comicon panel so it is more than likely that the series will deal with Falcon replacing Captain America and becoming Captain Falcon.
These two fan favorites are the perfect characters to kick off a the slew of Marvel TV shows on the Disney+ platform which will look to usurp Netflix and Amazon Prime. You’ll be able to catch this in Fall 2020

After rumours had been circulating since the start of the year, the announcement was made that the second movie in Phase Four will be The Eternals.
With a release date of November 6th 2020 it appears that Marvel Studios are doubling down on some of the lesser known franchises.
Created by Jack Kirby in the 1970’s, The Eternals are a group of immortal superbeings created by the celstials when they came to earth.
This movie has great potential to set the scene for the X-men, Fantastic Four and mutants in general now that Disney have the rights back from Fox.
The movie is most definitely a gamble however as the Eternals are not as widely known as some of the more popular characters from the Marvel Universe.
Marvel Studios will be hoping for another Guardians of the Galaxy situation. Groot is of course a household name these days.

Shang Chi and The Legend of The Ten Rings

Another lesser known character to non comic book readers, Shang Chi the son of Fu Manchu is an extraordinarily gifted chinese martial artist.
Introducing new characters into the roster of Marvel movies is obviously a big deal for Kevin Feige, who said that there would be no Avengers movies in Phase Four as it was a Phase for new beginings. Shang Chi will also feature the real Mandarin – not the fake one from Iron Man 3 – who is famous for possesing (you guessed it) ten rings. If the background of the Mandarin follows the lore of the comics Iron Man’s tech will be involved.
Shang Chi and The Legend of the Ten Rings will release on Febuary 12 2021

Joining the roster of Disney+ television shows in Spring 2021 we will see Wanda Maximoff and The Vision return after the events of Avengers Endgame.
Little is known about what this series will entail but what we do know is that it leads into……

Doctor Strange in the Multiverse of Madness

It looks as though this may be a big event movie, introducing the Multiverse? I’m clutching at straws as little was revealed about this title.
We do know that it will be released on May 7th 2021

A slew of shows will also appear on Disney+ including Loki with Tom Hiddleston reprising his role as the titular character of that series, a WHAT IF series exploring some of the characters of the last 3 phases and more excitingly

The series looks to be working with one of the more recent runs of Hawkeye comics introducing Kate Bishop, who takes up the Hawkeye mantle.
Clint’s background as Ronin will also be explored! The series will hit the Disney+ streaming platform around Fall 2021

Love and Thunder has been introduced, with director Taika Waititi returning to Direct the picture where will get our first look at the female Thor, Natalie Portman will reprise her role as Jane Foster and will be worthy to wield Mjolnir.
Thor and Valkyrie are also set to return and we have our fingers crossed that Korg and Miek will also return!
We’ll find out on November 5th 2021

So thats it for the line up of phase four, are you ready to devote the next 2 years of your lives to the MCU?
Will you be subscribing to Disney+ ?

Let us know in the comments below. 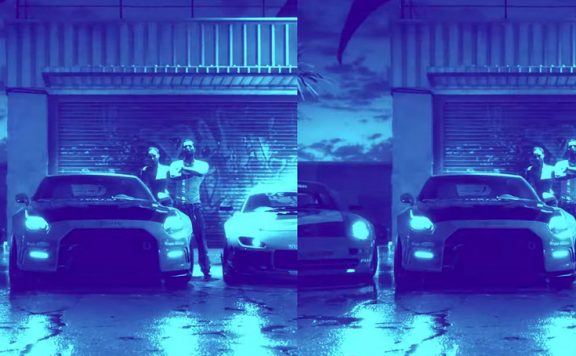