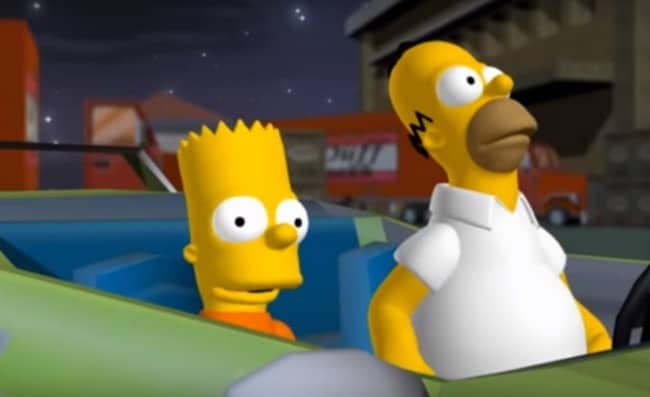 E3 2019 is going to see the guys behind The Simpsons TV show appear on a Coliseum panel during E3 week – June 13th to be specific to discuss some undisclosed information. Considering E3 is about games as opposed to TV or Movies, people are wondering what’s set to be discussed – could we be seeing a The Simpsons Hit and Run remastered?

At the moment The Simpsons Hit and Run remastered appearing at E3 2019 is only speculation, don’t count your chips just yet. We’d all love for this to be the case, but there’s no word on which producers or writers will be coming, or whether in fact they’ll be making any games announcements.

One thing is for sure, we only have to wait until June 11th to see whether The Simpsons Hit and Run remastered will appear on The Simpsons panel. This panel will almost certainly be live-streamed in the same format at the other coliseum panels – much like panel where Netflix announce which of their shows are set to enter the gaming realm.

More exciting #E3Coliseum news – join the writers and producers of @TheSimpsons for a panel on June 11! More info to come… #E32019 https://t.co/QOa74rE263 pic.twitter.com/I3fOzO8t2n

Any retro veteran will know it’s been well over ten years since we saw the last Simpsons game coming to either PC or console. The last one was in 2007 and was funnily enough called The Simpsons Game, so it’d be within everyone’s excitement if we did see The Simpsons Hit and Run remastered. The Simpsons Tapped Out made its way to mobile devices back in 2012, and for a time it made Electronic Arts some decent money.

It’d be interesting to see Al Jean, The Simpsons TV show producer make an appearance at E3 2019, as he hinted back in 2014 that he would hope to see further games of The Simpsons being made some day.

After Fox sold off a chunk of its entertainment estate to Disney, this included the sale of the Simpsons TV show which are going to be made available through Disney’s new streaming service Disney+ – that’s all thirty seasons.

Check out our E3 hub for everything to do with E3 2019. Here you’ll also find the E3 2019 press conference schedule, which details the dates and times for each publisher during the show.