Aside from the recent leak that saw Amazon listing the game on its website by accident, we then saw a Watchdogs Legion 10 second teaser, but now we’ve been given a fully fledged Watchdogs Legion gameplay trailer during E3 2019. As the leaks confirmed the game is going to be set in a post-Brexit setting in London allowing players to recruit any NPC to assist Dedsec in taking down a new secret security firm know as Albion.

London has gone through the long drawn out Brexit process to leave the EU, and the future has taken a completely different path to what was expected. The city of London is up in arms as they face a time where unemployment is rife due to advances in technology such as AI and automation. The social state is in disarray where the streets are filled with rioters and protesters who lay their hat in London’s Trafalgar Square, with mannequins in shop windows giving a consistent middle finger to the outside world.

The Watchdogs Legion gameplay trailer depicts true and utter chaos spreading through the black cabby-filled streets, and although the London skyline has depicted structures we all know and love the London population vibe is far from what we’re used to.

Thanks to the Watchdogs Legion gameplay trailer we can look forward to playing the game next year on our PS4, Xbox One, PC, and not forgetting Google Stadia on March 6th. Like the look of an NPC? No problem, you’ll be able to play as any of them. If you like their personality, the life story and reckon they’re up to it then you have the option to recruit them to Dedsec. In return however they will have to adhere to various Dedsec rules before they join the gang – at which point you can swap them out for use as you wish.

Personally I cannot wait to see more Watchdogs Legion gameplay trailer appearances, if Ubisoft is anything to go by with their design of Assassin’s Creed Unity’s Notre Dame then I’ll look forward to how they’ve built up London. 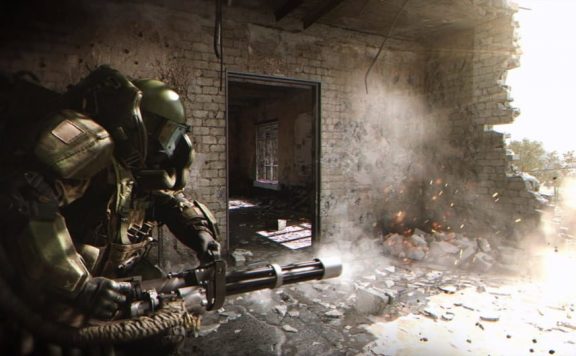