I’m pretty sure (at least I’m hoping) that I’m not the only one who struggled with various parts of Resident Evil 7 – by struggle, I mean I kept getting killed which proved a bit of a pain in the butt more than once.

When the madman Jack is taken down the first time I think you’ll agree that it was obvious this wasn’t the last we’d seen of him.

The first couple of encounters were fairly straightforward, but I struggled a little more with Chainsaw Jack.

This is the scene where Jack goes nuts on you with a Chainsaw, but you obviously grab your own and start on him.

I’m not sure if it’s supposed to happen, but I found after a few tries that he can be defeated really easily. Hold both triggers (orL2 and R2) to lance the Chainsaw continuously (unless the battery dies).

In continuously holding the Chainsaw in place, you will find that Jack clashes his Chainsaw with yours each time he goes to attack and you’ll find this fight is really straightforward to complete.

When I got to this part of the game I almost threw my controller out of the window and gave up on this game.

I’m talking about the first encounter just after a save point where you hunt for the Scorpion Key to get your hands on a Shotgun.

The bad news is you’ll likely bump into 8-10 of these ugly looking slime-balls while searching for the Scorpion Key alone (and then plenty more throughout the game).

I must have tried and failed this area of the game 10+ times before I managed to get past them.

A tip for success: Doors are your friend (and you’ll get an achievement/trophy for doing so). If you are out of ammo and low on health, you can use doors to your advantage to close the Ooze Monsters in before they attack you – they cannot open doors luckily.

There are a lot of items such as Herbs, Gunpowder and Chem Fluid pouches so make sure to collect them all. What I didn’t realise until my final play was that mixing a Strong Chem Fluid with Gunpowder creates more powerful bullets, meaning just a couple of head shots can make the difference between Ethan and the Ooze Monsters surviving. I wish I’d realised this sooner!

If you’ve reached this part of the game then you’ll know what I mean by bugs and what a nuisance they can be.

If you are a newbie to RE7 then your first instinct when seeing a hive full of cretins might be to shoot or otherwise try to knife these annoying pests. If you see a swarm don’t approach!

The only way to defend against a swarm of these deadly insects is by using the flamethrower acquired shortly after the first insect encounters.

In other words, unless you come across a single bug flying around (which you can kill with your knife to conserve ammo), you can avoid a painful death by running away when you see a swarm of bugs. I think they call it the fight or flight theory – but what do I know?

Once you get to this point fairly on in the game, you’ll take control of Mia wielding no weapons at all in an attempt to escape the clutches of the witch-lookalike Marguerite.

I’d be lying if I didn’t say this part of the game scared the pants off me to begin with. Much like a horror movie where you’re yelling at the TV and the innocent girl cowers in a corner for the axe-wielding monster to get to her pretty easily, being in control of that kind of situation sets your heart pounding!

The idea with this one is to get to your end goal without being spotted, if the old granny sees you you’re finished (not in a good way).

Plan ahead: If you are on your first play-through then you can easily avoid getting caught by checking out your map. Plan your route, and you’ll no doubt be able to do this one without getting caught once.

If in doubt, crouch behind a box until the old woman moves on.

I was pretty surprised at the size of this monstrosity compared to the puny human-being Lucas was beforehand. Although I only died a few times before beating this skyscraper boss it still took a few attempts to work out the best strategy.

As you’ll be aware, this boss looks a bit like a giant reptile with orange eyeballs all over its body, it’s these eyeballs that you need to focus your attention on as you’ll need to shoot them to defeat Mutant Lucas.

A winning strategy: To get over this avoidable death, you can use a strategy to avoid the tail-whips that this beast tends to hit you with by utilising the ladder going up/down from the wooden platform. Moments before the tail-whip winds up, start climbing the ladder and you’ll find that the tail cannot reach you, giving you time to think about your next move.

Was there a point in the game not mentioned that you struggled with? Let us know by commenting below. 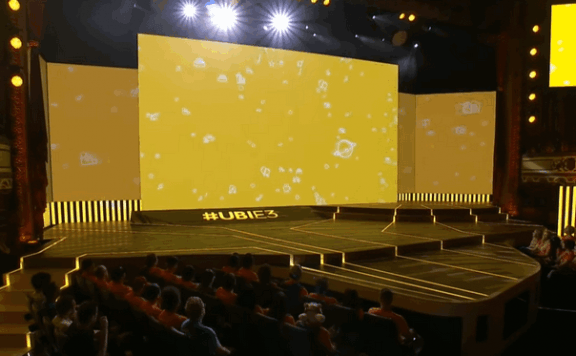