Its common knowledge that the Epic Store releases free games each week, normally consisting of just two games for its player base. This week, however, the Epic Store free games offering has tripled by providing players with a total of six games to download. If Batman isn’t your thing though, you might want to stop reading about now.

Starting with the Epic Store free games that are suitable for all audiences, you can currently pick up three of the Lego Batman titles. Anyone can play these titles, and as you’ve probably worked out the characters in Gotham City are all made out of lego. Many of the more recent lego instalments from Traveller’s Tales (TT Games) employ open-world mechanics to blend with a range of button-mashing brawls. There’s plenty of fun references, and the puzzles and humour will be sure to keep any player entertained for several hours.

Next, up on the Epic Store, free games list are titles that appeal to the more mature audience, which includes all three games from the Batman Arkham Collection. The trio of games from Rocksteady comes in the form of Arkham Asylum, in addition to Arkham City and the most recent Arkham Knight. Arkham Origins hasn’t joined the roster, although this one was made by Warner Bros Games, so perhaps Epic wanted to stick with Rocksteady.

It suffices to say that all three games in the Arkham franchise provide some awesome gameplay, with third-person stealth mechanics and plenty of gadget use throughout the story. Familiar enemies of Gotham, as well as the friendly faces, make appearances throughout the series, and detective work is an absolute must. As you progress through the series the world opens up massively, beginning in Arkham Asylum, exploring Arkham City to scraping the streets of Gotham City. In other words, grab em while they’re still free.

How long do I have to grab the Epic Store free games?

You can download all of the games listed right now, and you’ll have until September 26th to get them free forever. In typical Epic Store fashion, the Batman theme is probably linked to the fact that this weekend, Saturday 21st September is Batman Day. It’s the 80th anniversary of the Dark Knight! 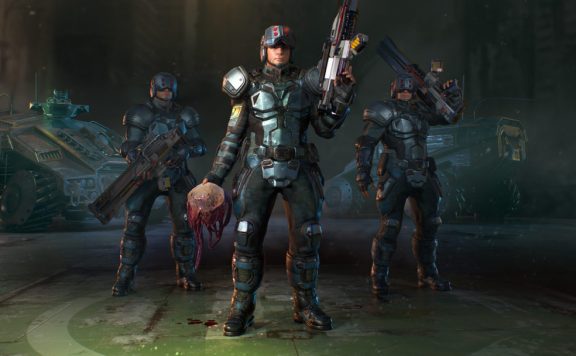