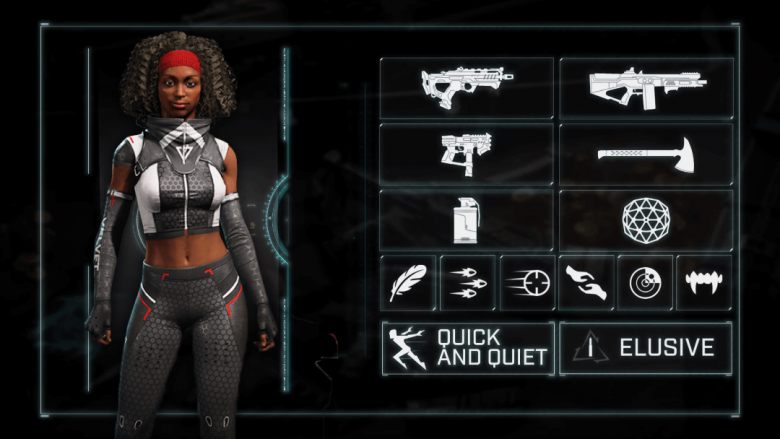 Lancer is the quickest character in Rogue Company allowing her to engage in fast-paced combat. Her ability grants her a temporary increase in speed and her passive automatically reloads her gun during a dodge roll.

With this, she can be a deadly rogue when you stay lay low and act swiftly. To get the most out of this Rogue, here is a full guide on her weapons, abilities, and perks.

Striker 8×10: The Striker 8×10 is an automatic shotgun that can be vital to destroy enemies in close encounters. According to the stats, the striker’s body damage is 7.5, the range is 6, magazine size is 8 rounds, fire rate is 3.57, handling is 23, and the reload time is 2.47 seconds.

Spitfire: The Spitfire is a state-of-the-art automatic pistol and one of the most versatile secondary weapons of the game. Its body damage is 16, the range is 9, magazine size is 15 rounds, fire rate is 10, handling is 29, and the reload time is 1.6 seconds.

Each upgrade of Spitfire costs $2000. The first upgrade increases the magazine size from 15 to 20 and the second upgrade reduces reticle bloom to improve handling from 29 to 35. 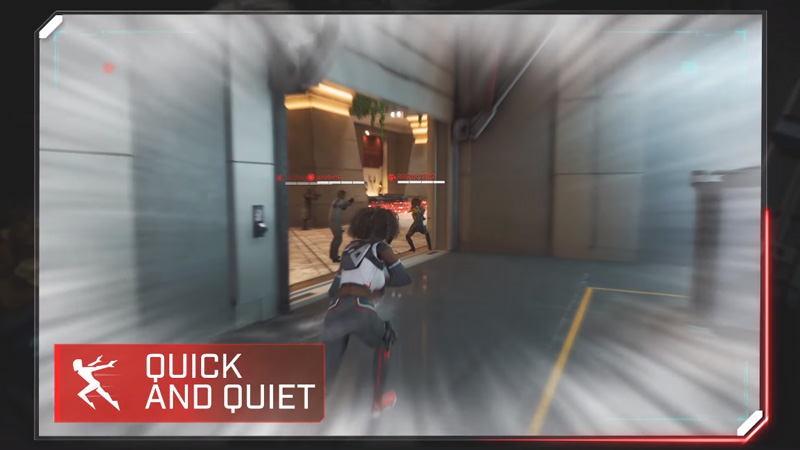 Quick and Quiet (Active): Quick and Quiet enables Lancer to gain increased movement speed, quieter movement, and immunity against reveal for the duration or until firing a weapon. She can move quickly and defeat a distracted enemy without making any noise. However, the deactivation of the ability when she fires her gun is a significant downside.

Elusive (Passive): Lancer’s Passive ability Elusive allows her to activate dodge roll reloads for the currently equipped weapon. It is one of the best passive skills and gives a massive advantage over enemies during one-on-one encounters.

One tip for Lancer is to use her size to your advantage by crouching. In a close one-on-one encounter, crouch and move left to right. This will make you hard to hit since she is so small.

After you get your first SMG upgrade which increases your hip-fire accuracy, you don’t always have to aim down sights unless you are shooting medium range. As long as you are crouching and standing still it will be pretty accurate and can be faster to start shooting right away.

Another tip when playing Lancer is to not always play the objective directly. Lancer is not meant to push the objective head-on or sit on the objective and defend it for long periods. This doesn’t mean it is something she can’t do; it’s just not her strong suit.

Lancer is best at flanking around the enemy team to get behind them and is the best character in the game to do so. If you are playing demolition and are pushing the objective while the enemy team is locked down on that objective, you want to go around the map to pop up behind the enemies to surprise them. If appropriately utilized, she can win rounds like this single-handedly.