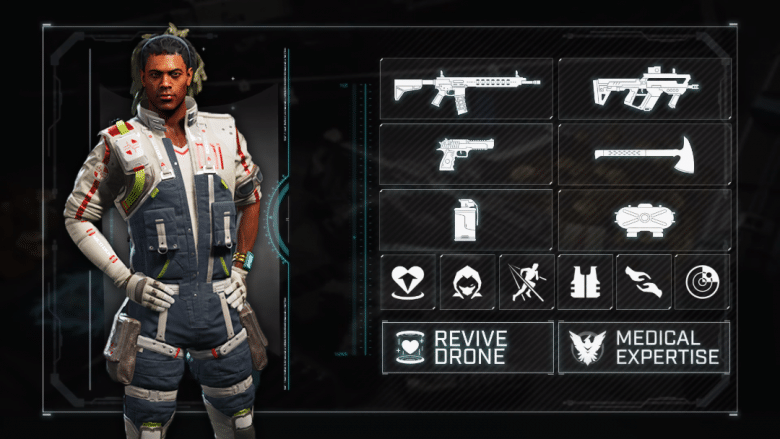 With Rogue Company being a 4v4 team basis, it’s important to help keep your teammates alive whether by reviving them or always having their back. In this case, the Rogue Saint can do both. Being part of the Support class, Saint has some incredible abilities for reviving the team and a solid weapon selection that will surely fill his role.

However, this is if the character is used to his full potential. So we’ll cover his loadout, abilities, and how he should be played in this Saint strategy guide.

Saint starts with the Executioner semi-automatic pistol which is a pretty balanced gun for the first round. Though, it’s nothing money should be put into when compared to his other options.

As of right now, his primary, the MLX Mark 4, is unique to the character and is currently the only scoped assault rifle in the game. It has ample body damage, great range, and is superior in its handling especially when upgraded. His secondary is the Mamba burst-fire assault rifle which also has great handling and large mag size.

When comparing them both, the MLX Mark 4 is good for players that are used to first-person shooters to be able to use the scope. But, it comes with some issues when hiding behind walls and not being able to swap shoulders. There have been instances where I see an enemy in my sights, scope in, then shoot the wall.

So, the Mamba is another excellent choice when you are accurate with burst rifles. It can quickly stack up damage on players when all shots hit.

Moving on to the gadgets, he has the Smoke Grenade and Trip Mine both of which are helpful in certain situations. The smoke is great when trying to move past enemy fire or to revive teammates in sticky situations. Yet, I found myself more often using the mine to place it in a spot where the enemy could flank us or around the objective. 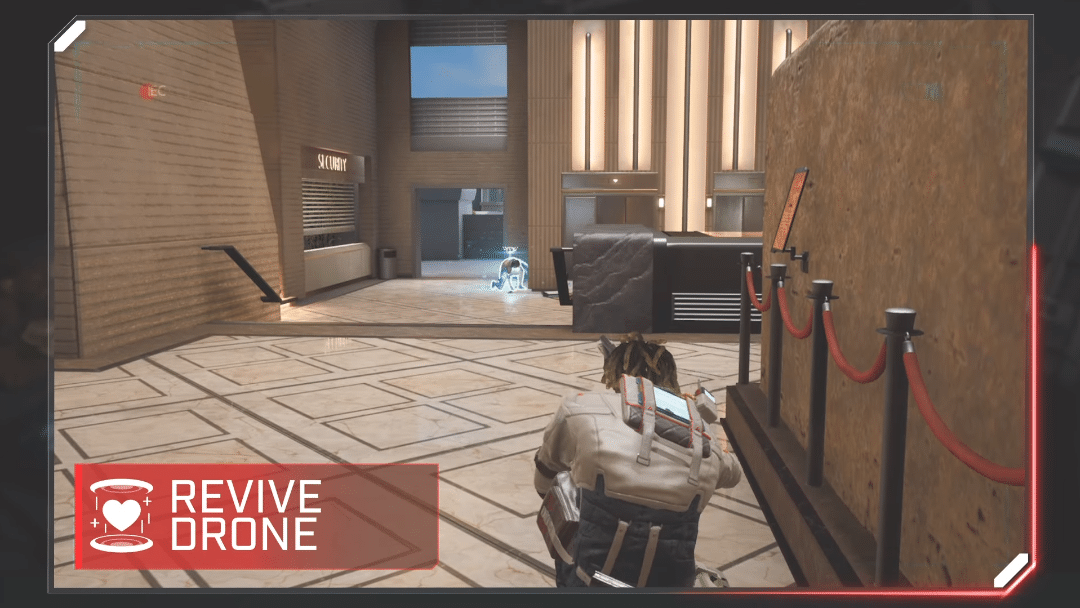 Saint’s ability is really what elevates this character as a great Support. He has a Revive Drone that is able to fly anywhere on the battlefield to revive downed teammates. It’s perfect for when teams split up or when you want to stay back but still help others that pushed upfront. This works very well with the Helping Hand perk which speeds up the revive time for you and the drone.

His Medical Expertise passive is also a plus when undergoing fire alongside your team. When reviving a teammate, it significantly heals both of you making it a lot faster to be able to get back in the fight.

How to Play Saint

Of course, Saint being a Support means that the main focus when playing him should be to assist the team. This would be by utilizing the Revive Drone as much as possible and always being available for others. This character is best for staying behind and providing cover or backup because of his mid to long-range weapons.

In terms of shopping, buying the primary or secondary weapon first could be the best way to go. Then you could follow it up with some perks and its upgrades. Two of the most beneficial perks for this Rogue is the Helping Hand and Headstrong to gain an additional 25 armor. This way you’ll be able to stay alive longer to help your team stay alive longer.

Overall, Saint is an exceptional option for people wanting to help their team but still deal some effective damage to the opponents. It’s really nice to be able to send out the Revive Drone so you don’t have to interrupt what you are doing to revive others. Plus, you won’t be putting yourself in danger and can continue concentrating on staying alive and destroying the other team.