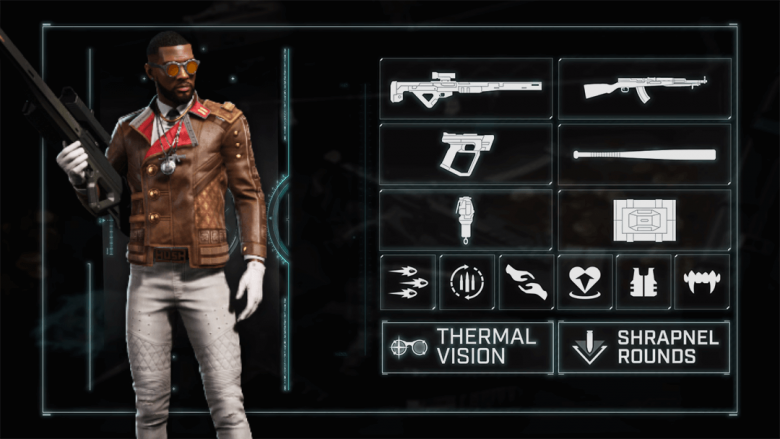 Being a Sniper, The Fixer excels at dispensing considerable damage in long-range combat. His unique Thermal Vision ability enables him to see the enemy’s heat signatures through smoke and long distances allowing him to attack hidden opponents.

He’s best to use at a safe distance from enemies to assist his squad from afar. And utilizing his ability will help uncover enemies your teammates may have missed. To master this Rogue here is a full guide on his weapons, perks, and how to play as him.

Tyr: The Tyr is a bolt action .50 Caliber Sniper rifle featured as The Fixer’s primary weapon in the game. The body damage of the Tyr is 70, the range is 50, the magazine size is 2 rounds, the fire rate is 3.85 rounds per minute, the handling is 15, and the reload time is 2.4 seconds.

Each upgrade cost $5000. The first upgrade increases the scope speed and the movement speed while aiming. The second upgrade reduces the recoil and improves the handling from 20 to 29. The third upgrade decreases the reload time from 2.4 seconds to 1.5 seconds.

D3D-i: The D3D-i is a DMR type weapon and is featured as The Fixer’s second primary weapon. It is a powerful semi-automatic rifle that is very adaptable. The body damage of the D3D-I is 36, the range is 34, the magazine size is 12 rounds, the fire rate is 3.23 rounds per minute, the handling is 41, and the reload time is 1.8 seconds.

Each upgrade of the D3D-i costs $5000. The first upgrade increases magazine size from 12 to 16. The second upgrade increases hip-fire accuracy and reduced reticle bloom. The third and final upgrade reduces recoil, improves handling from 41 to 50, and suppresses the firing.

Warrant: The Fixer’s secondary weapon is a Pistol type weapon called the Warrant. It is a unique and robust semi-automatic pistol that is lightweight with a fast fire rate. The body damage of the Warrant is 21, the range is 14, the magazine size is 15 rounds, the handling is 28, the fire rate is 6.9 rounds per minute, and the reload time is 1.7 seconds.

C4: The C4 is an explosive device that can be detonated with remote control. Each upgrade of the C4 costs $4000. The first upgrade increases the throw distance, and the second upgrades increase the damage to 150. 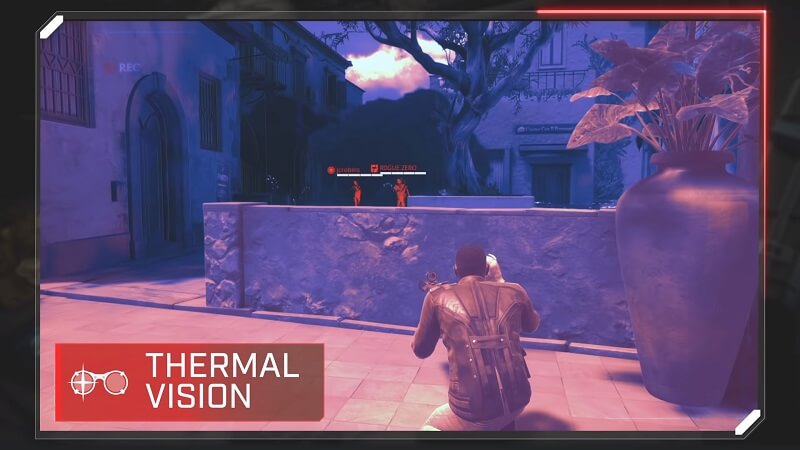 Thermal Vision (Active): The Thermal Vision is The Fixer’s active ability. It allows him to see the heat signatures of his enemies during the duration that it is active. It can provide a massive advantage over the opponent, and with the combination of the sniper, The Fixer can inflict enormous damage to the other team.

Shrapnel Rounds (Passive): The Shrapnel Rounds is The Fixer’s passive ability. It slows down an enemy for a short duration when damaged by firearms. So it’s a great benefit to using the sniper if you don’t land a headshot the first time.

The Fixer is a high skill cap playstyle that is worth exploring. If you are using the D3D-i rather than the sniper rifle, it’s important to hit the double headshot. If you miss, it will be difficult to compete with assault rifles. But if you are confident with your sniping, definitely use the Tyr. Just make sure you are reloading in between as the magazine size is only 2 rounds.

Plus, it’s good to go for the double-tap since it has a quick fire-rate that can inflict a total of 120 damage just from body hits. Another good strategy is to use the Warrant since it can compete against SMGs. Though, it is not very useful in mid-range.

As for the thermal vision, it’s best to throw down your cluster smoke and use the ability to see through it to gain an advantage over your enemies. It’s great in a corner where you know an enemy might be rushing. Plus, it’s useful in holding down a more extended angle. So buying the Cluster Smoke early in the game is essential.

Also, it would help if you learned to take advantage of The Fixer on your opponent’s team. You can double up the smoke and try to take over in that area.