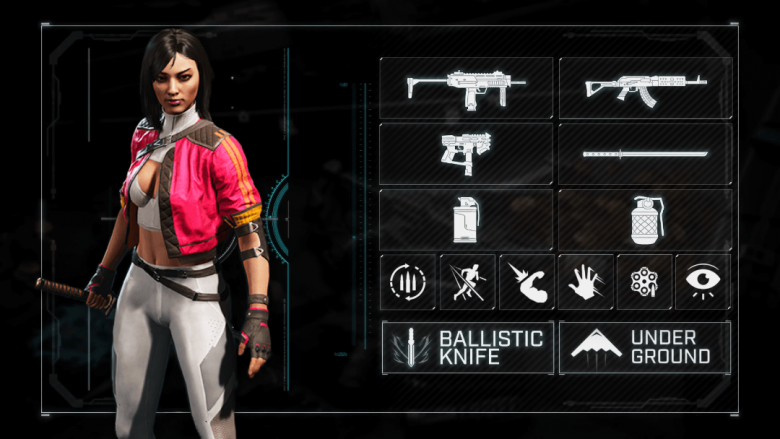 Ronin is a Duelist character who specializes in close range combat and forcing trades with the enemy. She can throw a ballistic knife to set up an explosive trap or can use it as a melee weapon just like her katana. With that, she is the only character who has more than one melee weapon.

She is one of the most tactical Rogues to play as if done in the right way. So here’s a guide to help you learn more about her loadout and some tips to dominate your opponents.

SL-C: SL-C is Ronin’s second primary weapon as an SMG with the second-fastest firing rate in the game. However, the rapid firing hurts the damage and range. According to the stats, the body damage of the SL-C is 12, the range is 9.5, magazine size is 30 rounds, fire rate is 15, handling is 19, and the reload time is 1.4 seconds.

Each upgrade costs $5000. With the first upgrade, the magazine size increases from 30 to 40, the second upgrade increases the hip-fire accuracy, and the third upgrade reduces recoil to improve handling from 19 to 21.

Spitfire: The Spitfire is a state-of-the-art automatic pistol being one of the most versatile secondary weapons of the game. Its body damage is 16, range is 9, magazine size is 15 rounds, fire rate is 10, handling is 29, and the reload time is 1.6 seconds.

Each upgrade of Spitfire costs $2000. The first upgrade increases the magazine size from 15 to 20, and the second upgrade reduces reticle bloom to improve handling from 29 to 35 and suppresses firing.

Grenade: The Grenade is an explosive device that will destroy enemies within 2 meters of the impact. Be prepared, however, cause it’s a loud explosion that can be heard from a long distance which may attract attention. The first upgrade increases the radius of the blast and the second upgrade increases the damage to 125. Each upgrade costs $4000. 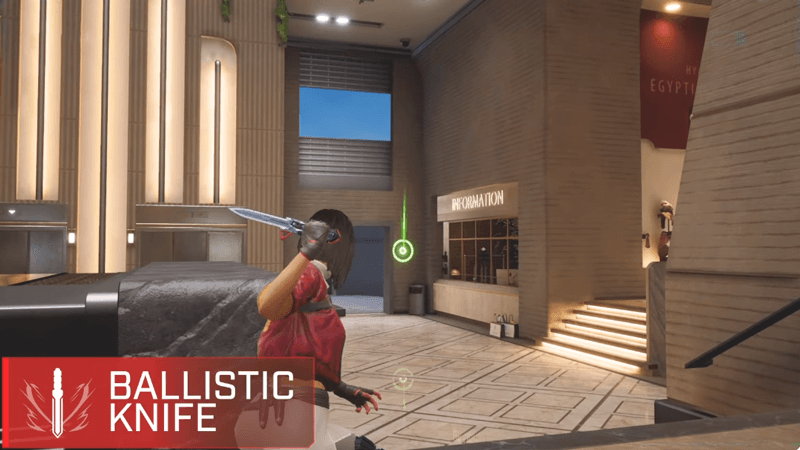 Ballistic Knife (Active): Ronin’s active ability is the Ballistic Knife. When Ronin has it equipped, it acts as a melee weapon and delivers 45 damage on hit, which is more than any other melee weapon damage. When it’s thrown, it explodes and can knock down the enemy in one hit.

Plus, it can also damage people in the radius of the blast, including teammates and Ronin herself. The knife can also be used as a trap as it sticks to whatever surface it hits. It can be detonated with a gunshot or if someone walks near it. The right placement of the knife can secure easy kills.

Underground (Passive): Ronin’s passive ability, Underground, keeps her hidden on the enemy’s mini-map allowing her to sneak up on enemies and attack without being noticed.

The quality that makes Ronin so great is how strong her ability is. When you play her, you’ll want to focus on playing around with her ability. You can throw your ballistic knife to set up in certain spots that you don’t have to worry about so you can focus on other angles.

You can also use it aggressively and throw it where the enemies will be coming out of their spawn to get them early, but be aware of spawn immunity. Another cool trick is to throw the ballistic knife through smoke since enemies can often be hidden in there. The ballistic knife can also be used to force people in another direction.

Additionally, try to place the ballistic knife on the bomb or an objective. It can easily kill an enemy who tries to hack the objective or disarm the bomb. Though, makes sure to place it somewhere unexpected so they don’t destroy it themselves.

Overall, if you like killing enemies in one shot with an ability you can use in every round, never be seen on the mini-map, and love to take fights from all ranges, then Ronin is for you.