If you’ve completed the Heart of fire Tall tale chances are the Sea of Thieves Burning Blade update is not your first encounter with the fiery Captain Flameheart. Since Flameheart made his return to the seas though, his evil has rippled through the waves, and we’ve learnt previously he has no quibbles turning on his own servants like the fate of Stitcher Jim, so what chance do we have!? Stitcher Jim’s fate is still a mystery among Flamheart’s plans, but in the meantime, the fiery cap has other things on his mind that are unfolding at this very moment.

The Sea of Thieves Burning Blade event is seeing waves of ghost ships from the sea of the damned popping up all over the place, and among them is the infamous ship of the Captain himself; The Burning Blade.

If you’re ready to take on this perilous fleet of ships and conquer the world event you’ll need patience, skills, and a LOT of wooden planks. The fiery foe is popping up in the sky looking for an epic battle, so don’t you think we should give him what he wants!?

What are the Sea of Thieves Burning Blade Ghost Ships?

As part of the Haunted Shores update, Rare has introduced a successor to accompany Skelly Ships, but instead of firing cursed cannonballs, they fire (you guessed it) ghosts! Ghost ships have a blue see-through exterior and come in different sizes much like we have our Sloops and Galleons for us normal pirates. There is no crew manning the cannons, and because its essentially a transparent ship you cannot jump onboard either. Not that there’d be anyone to kill once you were on board!

If you sail towards a ghost ship you will pass straight through them, and although that sounds ok you’ll take on plenty of damage as a consequence!

Aside from firing cannon ghosts, ghost ships will also shoot fire ghosts which will set you and your ship alight if one hits.

Ghost ships will also drop mines in the water which have similar results to what you’d expect from hitting a gunpowder barrel.

Where are the Sea of Thieves Burning Blade Ghost Ships?

if you’re ready to take on Flameheart’s eery fleet you won’t have trouble finding them. Look to the skies, and if you spot Flamheart’s fiery face, you’ll want to head towards him, and as you do you’ll no doubt spot a fleet of ghost ships on your approach. Instead of just turning up, you can also grab a Sea of Thieves Burning Blade themed order of souls voyage which will point you to your destination.

Once the fiery visage spawns in the sky it means that the Sea of Thieves Burning Blade world event is there for the taking, meaning his fleet will be awaiting your arrival.

Using an Order of Souls Voyage instead

new voyages are currently available to buy via the order of Souls, this means you can skip the wait for Flameheart to appear up high and take on a ghost fleet and claim a hefty bounty.

Getting ready for the Sea of Thieves Burning Blade event

just when you thought the other SOT events were tricky, this takes it to a whole new level.

You will have to take on up to 11 ghost ships simultaneously, which is more than triple that of the Skelly Ships event seen previously. Before you rush into an ambush its worth getting to know what you’ll be up against to give you the best chances of beating the Sea of Thieves Burning Blade world event.

The first thing to be aware of is you’ll get through loads of planks and cannonballs, so it would be wise to stock up on these before you set sail. It’s also worth keeping a good supply of food, and ensuring your water barrel is full!

How to beat the Sea of Thieves Burning Blade Ghost Ships

The only weapon that has an effect on ghost ships is your cannon.

You can use any and every item that is stored in your cannonball barrels to inflict damage to ghost ships, meaning firebombs, cursed cannonballs, blunderbombs and more can be used. to have any effect though, these balls need to be shot from a cannon, there’s no use throwing a firebomb or attempting to use your sniper rifle.

Ramming into a ship as we’ve already mentioned is no use on ghost fleets, fire those cannons and sink those ships!

if you could fire a gunpowder keg from a cannon that might work, but as it doesn’t you’ll have to stick with traditional firepower!

Ghost fleets can fire out the dead at your ship, so why can’t it work the other way? Of course, it can!

What are the different types of Ghost Ships?

Along with various weapon shots to stay clear of you’ll also come face to face with a variety of ghost ships, with the first being grunt ghost ships.Grunts are rather plain looking and have no patterned sails, although they bear the marks of ships that have been to the ferry and the damned and back.

You’ll need a total of three cannonball hits to take grunts down.

Next up are the leaders of the ghost fleets. Ashen Dragon sails or sea of the Damned sails will accompany these ships. To get through the fleet faster you’ll want to focus your fire on these ships where possible, as taking them down takes out their support ships/grunts.

You’ll need to pound these ships with ten cannon shots to beat them, and doing so will drop loot of the damned.

Crates of the damned

When ghost ship leaders drop loot it’ll be super helpful if they drop a crate of the damned as these contain wooden planks and cannonballs.

Storage Crates of the Damned differ to average storage crates as you’ll get a good price for them even if they’re empty when you hand them over to the Merchant Alliance. In other words, whilst you sell those skulls of the damned you may as well up your Merchant Alliance rep and earn some extra booty from those empty storage crates.

Going out with a bang

As you take down ghost ships one by one they’ll cause recoil to other nearby ships in their fleet, and although it won’t count as damage to them, it could be the interruption you’ve needed to avoid a cannon shot (or three).

Did that ship just teleport?

Not exactly. The ghost fleets you encounter can use portals to go from one place to another via the Sea of the Damned as they wish. This could mean the difference between a hit on a ghost ship and missing due to them disappearing from range.

Damned Loot in the water

If you struggle to see where a leader ship has dropped some loot you can easily spot its location thanks to ghost beacons. Similar to birds hovering above sunken ships, ghosts will hover over loot of the damned to help you find loot and resources.

These beacon ghosts do not inflict any damage to your ship, phew!

Once you’ve triggered the world event you will need to take down four waves of ghost fleets, defeating all four waves to complete the event.

This is the easiest wave of the four, you’ll only need to take down seven out of ten grunt ships, blasting them with three cannonballs each to take them down.

As you take down a ghost ship grunt, another will respawn so there’s no break in between.

Defeat seven ghost ships to see Flameheart share some eerie messages before summoning his next fleet of ships.

Wave One tips for success

Flameheart appears above an island with the ghost ships floating close by. If you are on a Brig (our preferred ship) you could circle the island and attack the ships as they come into view. Try and scope out ships that are alone rather than tackling them bunched together to avoid a pounding of incoming damage. Taking them down solo will give you time to repair as needed and keep you sailing rather than sinking.

In this next round, you’ll have to face two ghost ship formations, only this time they’ll have a Formation Leader heading up the pack.

You might decide to take out every ship you come across, but taking down the Formation leaders will result in the support ships being taken down too.

You’ll need to pound formation leaders with 10 cannonballs each, unlike grunts which only take three hits.

Take out the two formation Leaders and that will signal the end of wave two, ready to battle solo ghost ships once again.

As the Formation leader takes down the support ships upon defeat, it’ll help you and your ship’s survival if you defeat these first. Although they are well guarded by grunts!

This wave is not too dissimilar to wave one, you’ll need to defeat another ten Grunt ghost ships. Again, taking down just seven out of ten will trigger the final wave.

You can pretty much follow what we advised for wave one tips, try and focus on solo ships as you circle the island.

At this point, Flameheart will be getting rather angry, meaning he’ll be throwing everything he has at you. You’ll see the Sea of Thieves Burning Blade appear in spectral form, leading the charge of a 5 ship fleet.

There will be two other fleets boasting three ships each joining the Burning Blade for support. In other words, you’ve counted correctly, you need to tackle eleven ghost ships!

The Ashen Dragon heads up one of the supporting fleets, so you know Flameheart is not ready to give up very easily for this battle!

Regardless of which formation Leader you defeat, it’ll take down their support ships similar to what we saw in wave two.

The key here is to try and go straight for the leader of the pack; the Burning Blade. Take out the Burning Blade to win the world event, so its better to go for Flameheart’s weak spot rather than wasting time on the other fleets.

Loot of the Damned

Skulls are sold to the order of Souls, the chests go to Gold Hoarders, and the merchant alliance takes the crates and Ashes.

How to unlock the Burning Blade Sails?

If you wish to get your hands on the Sea of Thieves Burning Blade sails you will need to earn the Bannister of The Spectral Flame commendation. To do this, you need to finish the Burning Blade event a minimum of ten times.

How to unlock the Ghost Captain Sails? 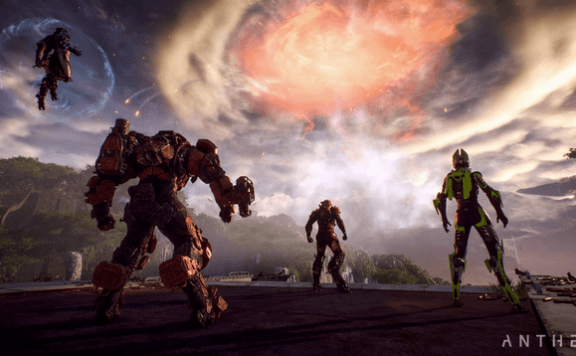 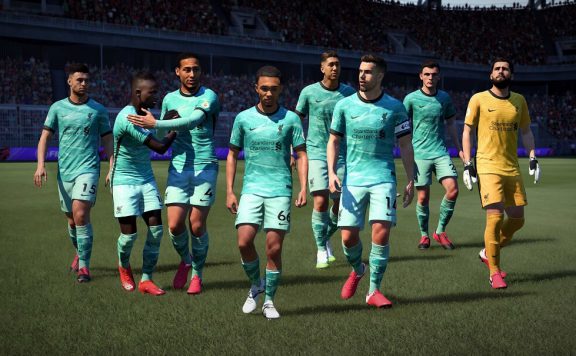 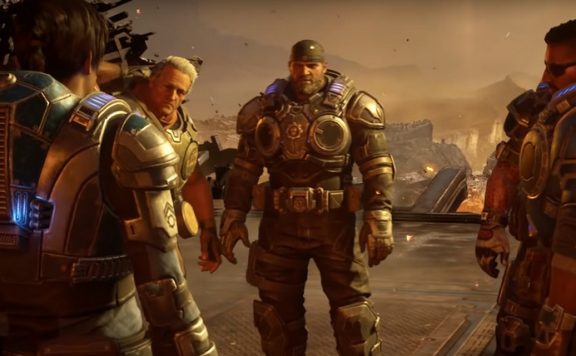