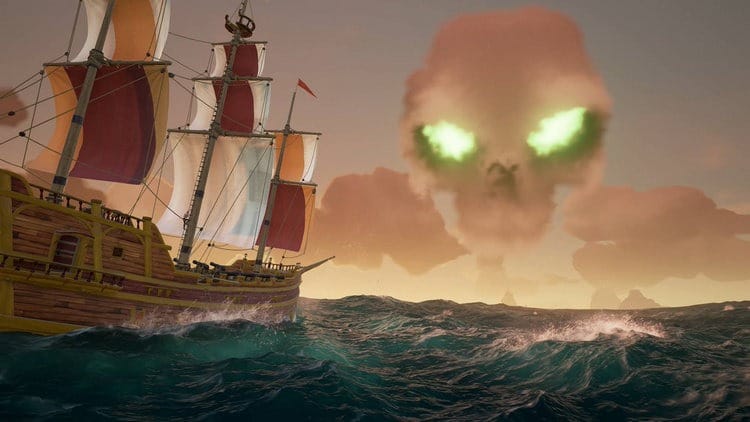 Whether you’re new to Sea of thieves or have been playing for a while now, you’ll almost definitely encounter a Sea of Thieves skull cloud while sailing the waters. Often known as its alternate name of a skull fort, these clouds promise epic battles in a fight for the fort key – which ends with some very tasty rewards on completion. You’ll see the clouds shaped like a skull (hence the name) appearing in the sky above islands randomly, and this means a fort full of skeletons are just waiting for a fight.

If you can take on wave after wave of skeletons you’ll be guaranteed to get a lot of treasure for your efforts. When you’ve reached a Sea of Thieves skull cloud and tackle the various waves of skeletons you’ll know you’re at the end as the captain will pop out to fight you for the fort key. Our Sea of Thieves skull cloud guide is here to make these battles a little more straightforward.

The Sea of Thieves skull cloud, first things first. Spot a skull cloud in the sky and then make your way towards it be sailing in its direction, often the cloud will feel as though it’s pretty close by but it’s actually a while away by boat. When you arrive you’ll see a skeleton-infested fort, with cannons manned by skeletons waiting for you to arrive. These cannon handlers hardly ever miss, so it’s worth ensuring you’re stocked up with wooden planks and you have a decent sailor aboard to try and avoid wrecking your boat.

Beware of other ships nearby as they’ll either be ready to form an alliance or they may wait til you finish the skull fort and ambush you! If the Sea of Thieves skull cloud eyes flicker a red colour it will mean that the fort is under attack from another crew, at which point it’ll help if you’re all fighting the skeletons at once.

As you arrive at the fort and lower the anchor the first thing you’ll notice is a change of music, meaning skeletons are about to ambush you. Take down the initial wave of skelly bones with the rest of your crew (don’t go it alone), and then ensure you have full ammo and plenty of food to replenish your health. Prior to the next wave beginning a horn will sound and you’ll here the rattling bones rising up from the ground.

Every Sea of Thieves skull cloud fortress will vary in the amount of waves of skeletons, with most being 10 and some being up to 20 waves. Various skeleton types will appear with each wave, you’ll get average ones that are white, blue skellies with headbands, and the more tricky ones covered in leaves the will have health replenished if they enter the water. The dark grey ones will need to be taken down using the light from your lantern, while the nuts and bolts ones will stand still if you cover them in water which is the best time to attack.

Thew final wave from the Sea of Thieves skull cloud will see the skeleton Captain making his debut. Attack it with your crew and on defeat they’ll drop the fort key. This key unlocks the stronghold (sometimes called a stronghold key) which is a door to a room with generous amounts of treasure. This is no easy task, especially when skeletons run at you with gunpowder barrels, so ensure there’s at least three of you ready to attack. Having several crew members will also help when it comes to carrying treasure back to your ship, as it means you’re less likely to get ambushed.

Don’t give other players the opportunity to steal your loot, you earned it so you deserve to reap the rewards – keep a lookout! Rare needs to get on this! 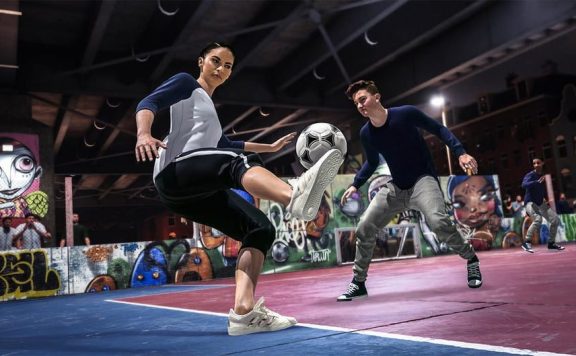