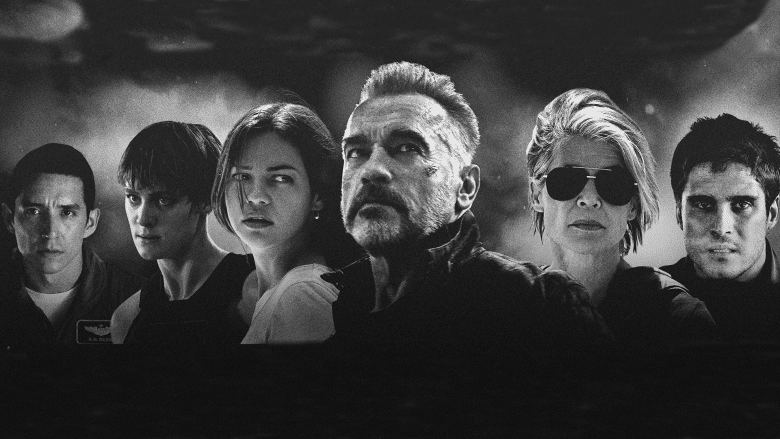 It’s that time of year again – COMICON!
The opening Sandiego Comicon panel was a big one. Terminator: Dark Fate, touted as the true sequel to Terminator 2: Judgement Day by Tim Miller and James Cameron is set to release in cinemas on November 1st this year.

Offering lots more information on the sequel to the series based on the end of the world cyborg romp first released in 1984. Director, Tim Miller (Deadpool) said that the movie will be rated R (though it is yet to be seen if this means a 15 or 18 certificate in the UK)

“The DNA of ‘Terminator’ is an R-rated f—ing movie.” – Tim Miller

More than likely taking a swipe at the last two PG-13 (12A) entries into the franchise, Terminator: Genysis and Terminator: Salvation were both, for the most part, soulless and lackluster movies trying to play it safe in a franchise that is anything but.
Speaking about the fact that Dark Fate is the sixth installment in the franchise Miller said:

“…F–k Me..I’ve seen enough of these movies, I’m tired of this story – unless there was something new? Unless there was a part of the story that hadn’t been told yet and that’s Linda’s story” – Tim Miller

Linda Hamilton’s return to movie making after a 27-year hiatus is an amazing feat. She looks as badass as ever in the trailers for the upcoming movie. This is something that has excited fans since the announcement was made. ‘Sarah Connor’ is after all the central character through the original 2 films. Many moviegoers felt it a huge let down when the sequels since Terminator 2 did not feature her.

Edward and Arnold during the shooting of Terminator 2: Judgement Day – This is taken from the scene where The Terminator explains to Miles Dyson that his creation would go on to destroy the world

Speaking of returns, it was also announced during the panel that Edward Furlong would also be reprising his role.
Edward was originally scouted by James Cameron for Terminator 2 and was thrust into stardom to play Sarah Connor’s son John the leader of the human resistance. It was only fitting then that Cameron would make the announcement during the panel that Edward would return.
After a spate of movies during the ’90s Furlong suffered difficulties with drug addiction. It is great news to hear that he is returning to round off the cast.

The panel presented lots of new information giving some insight on the newcomers’ characters. They then welcomed Arnold Schwarzenegger to the stage. The Austrian titan was quick to make jokes and please the crowd. After betting that Tim Miller would say ‘F–k’ 5 times Arnold was given 20 dollars on stage. When asked how he would spend it, Arnold sarcastically retorted:

“Well, there are a lot of options available. Especially since the economies going so well under Donald Trump!” – Arnold Schwarzenegger

A whole load of new footage was shown during the panel. We will no doubt see some of it released before the movie comes out in November. In the meantime, you can watch the full panel and the latest trailers in the Youtube videos below.

Are you looking forward to Terminator: Dark Fate?